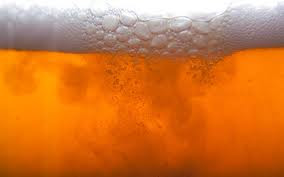 My beer buddy Chris DePeppe keeps me informed of these sterling events he runs. And he even writes a solid presser, so why mess with success?

"The steady growth of New Jersey’s craft brewing scene will be celebrated at the upcoming Shark River Beer Fest set for Saturday, November 2nd at The Headliner in Neptune.  With a lineup of breweries that includes some of the state’s established breweries as well as a few newcomers, this second-year event will showcase some of New Jersey’s very best craft beers.

There will be selections from Shore area breweries like Carton, Tuckahoe, and East Coast, as well as a handful of award-winning beers from Flying Fish, Cricket Hill, and Boaks, and some brand new beers from upstarts like Bolero Snort.

But New Jersey won’t be the only state represented, as craft brewers from Colorado, California, Vermont, Maine, Pennsylvania, New York and Maryland are already confirmed.

The Headliner, renovated after Sandy, will host the event for the first time. 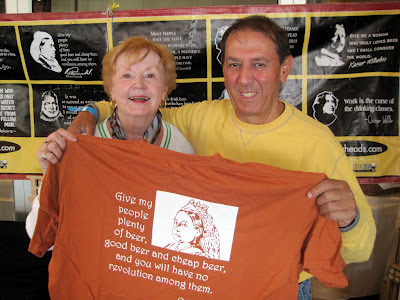 “The Headliner is a perfect venue for this event,” according to Chris DePeppe of TotalBru Marketing, the event promoter.  “It is just the right size and has some cool space inside and out where we can feature a different array of breweries  - and the intimacy of the space will let guests meet and converse with the brewery reps and brewmasters.”

Over 35 breweries are expected to participate and each will pour two different beer styles.  The diversity of beer flavors will be on display and a few styles will be highlighted at a food and beer flavor-pairing station. 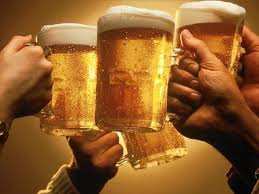 The Shark River Beer Fest will be held on November 2, 2013 at The Headliner on Hwy 35 in Neptune from 2-6PM.  Tickets are on sale now at www.beerheads.com and will include beer AND food and a tasting glass.  The beer will be served in 2 ounce pours and no one under 21 will be admitted.  Tickets are $49 online in advance and there is an early bird discount available through October 13th.

Details are at www.beerheads.com  Designated driver tickets are $15 each with food and alternative beverages  included.  Live music provided by members of Holme."