About those Summer Shandies...

If you've noticed a leap in the promotional advertising for a beer called a "shandy," you are not dreaming. This report notes: "2013 is shaping up as the 'summer of shandy'...while beer and lemon have been dance partners for decades, they have never had the marketing push and attention that they are currently enjoying."

Perhaps this push is motivated by the lower alcohol--no DUI angle. Perhaps it's designed to draw the fairer sex into the beer-drinking arena. A cynic might say it's to just make more money. Not that there's anything wrong with that...unless you're a socialist.

But just what qualifies as a shandy? And how does it differ from that classic German beverage called a "radler?"

The radler, or radlermass, is of German origin. Radler means "bicycle," and "mass" means litre of beer. It was reportedly invented in 1922 by Franz Xaver Kugler, whose tavern lay on the route of a famous bicycle race. When Herr Kugler realized that the size of the thirsty race contingent would likely overwhelm his supplies of beer, he made the call to mix his beer with a lemon soda concoction he had in his basement, which, alone, did not appeal to his clientele at all. Mixed, however, it became a magically refreshing potion. Many of today's "summer shandies" are radlers.

The British version was originally called a "shandygaff," and it was a mixture of ale and ginger beer. Some historical reports credit Henry VIII with devising the mixture. (Hey, with that many wives, a guy's got to drink something.)

Regardless, the two originally different styles seem to have morphed into one that falls under the name "shandy." While definitely a "lighter" beer, it is decidedly NOT a "light" beer. And no matter which you choose, they will be lower in alcohol, tasty and refreshing. Good for an "after-yard-work" beer.

You can, of course, make your own mixture at home. Use a pilsner, a helles, a kolsch or a dortmunder. Most recipes call for a half and half mixture, but some go 60-40. One caveat, though. The lemonade used in authentic radlers is not as sweet as what you might find commercially here. Making your own from scratch can control that sugar level.

How to Open a Beer 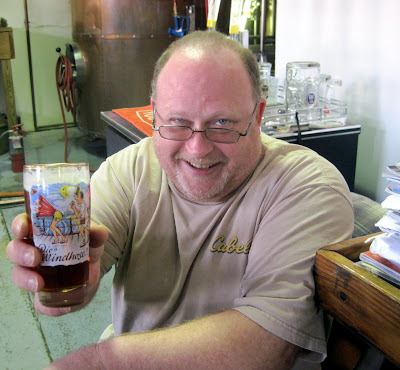 My buddy Dave Hoffman, owner of Climax brewing Co. and head brewer at Artisan's in Toms River, sent me this very interesting link. Be forewarned that The PubScout endorses NONE of these methods.

Of Ales and Virgins

Don't get your knickers in a twist. This story has nothing to do with plying college co-eds with beer at a mixer to advance your scoring chances. But it does have to do with virgins--as in Virgin Trains--where a new beer will be served along with the new rail service.

The brew is called Tilting Ale, and it's described as having a "high-speed whoosh of flavour tilting smoothly into a light, hoppy taste and arriving, right on time, at a clean finish of bitter." If you didn't get the railroad metaphor in that description, you've likely never been a fan of trains. The PubScout confesses that the "Tilting" reference is a bit hazy, as my tilting is usually reserved for windmills and not among my preferences when riding the rails.

Nevertheless, you can read the whole story here, and draw your own conclusions.
Posted by Kurt Epps-The PubScout at 6:22 PM No comments:

File This Under SMH

You really can't make this stuff up. But the PC Police have exercised their prodigious power in the only Welsh bar in NYC. Authenticity be damned. I wonder when they'll get around to telling Chinese restaurants they'll have to hire Welsh applicants? Even the NY Times reported on the dilemma. How much of this falls on Nanny Bloomberg?

Want to sample the best of the Garden State beers? Head on down to the Battleship New Jersey tomorrow for the NJ Craft Brewer's Festival!
Posted by Kurt Epps-The PubScout at 6:37 AM No comments:


Any "Best" list is bound to be challenged by somebody, especially considering the very subjective nature of beer appreciation. Beer isn't snobby; you drink what you like, and you'll be happy.

Uno's of Metuchen has developed quite a reputation for its regular cask fests, and Chris Percello, brewmaster at Uno's, has offered quite an array of quality beers for his June 29 Event.


The event is set to begin at noon and will end when all casks are emptied, which, judging by the above and by past crowds, probably won't take long. Half pints are $2.50 and full pints are $4.50.
Make your plans accordingly, and, as always, imbibe responsibly.


"Zany" is a great word. It connotes both "crazy" and "fun." I've always liked "madcap," too. All four words fittingly describe Chris Flynn, owner/proprietor of  a Metuchen pub that has become a fixture in the Brainy Boro--Hailey's Harp & Pub on Main St.

The place has been packed since it opened four years ago, and that's because "Crazy" Tim Flynn is crazy like a fox. From outstanding pub grub to a scintillating array of craft beers, from popular beer dinners to  to the ultra-popular Beer Senates, from shuffleboard tourneys to ping-pong tourneys, Flynn is always looking for ways to attract people into his special brand of  "craic."

And he's finding them. His usually packed houses are proof that he may be the reincarnation of PT Barnum. Nobody who frequents Hailey's, however, ever gets "suckered." Sucked into Flynn's madcap zaniness, maybe, but never suckered.
His clientele is demographically varied in age, and  the place is usually jumping. In the middle of it all is P.T. Flynn, serving as host, bar buddy even cheerleader. 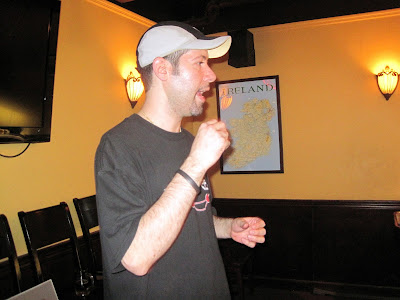 He has help, of course. Besides his capable staff, his right hand man is Moshe Atzbi, whose picture is next to the word "versatile" in the dictionary. Moshe is not only a talented cook, he has a knack for selecting good beers that are popular with the pub clientele. I learned today that Moshe has now assumed the dual roles of both barman and head chef, and he doesn't seem to mind his longer days at all. (But he's young. That will change.)

Here's a perfect example of Chris Flynn's out-of-the-box thinking. On July 28, Hailey's is sponsoring a bus trip to Stoudt's Brewery in Adamstown, PA. The attendees will assemble at Hailey's at 9 AM (to "cocktail down" as Chris puts it), ride to Adamstown, sample their fine beers and breads, and then return, feted and sated, at 5 PM.

The cost of the bus? Zero. (Perhaps that's why the trip is now filled.) And since Flynn was advised that no beer is allowed on the bus, he's bringing an ample supply of Bloody Marys and other libations to help his guests "ease on down the road."

It could be a triple-craic--craic down, craic there and craic back. One might assume that trip back would be rather sedate, what with all that previous "craicing" going on, but that's only if Chris Flynn is himself "craiced out."


But no one has ever seen that happen.
And therein lies the reason Hailey's Harp & Pub is thriving.
Posted by Kurt Epps-The PubScout at 6:28 PM 2 comments:

“I think beer should always be served with a coaster,” quipped Chris DePeppe, owner of TotalBru Marketing and beerheads.com, co-producer of the event to be held on Saturday, June 15th in Jackson. “But really, as soon as I saw the pavilions in the picnic grove at Great Adventure , I knew they were meant to be beer halls.”
In fact, back in the 1970s these pavilions were used for the annual Oktoberfests held for many years. And since the picnic grove area where the pavilions are located has a separate entrance from the amusement park, there is no park admission required to attend the beer fest.
“The beer fest is a separate event and you can choose to buy a ticket with the park admission or not,” DePeppe said, adding that the comedy element is a free show afterwards and not part of the actual beer tasting event.

Breweries expected include a list of Jersey’s finest such as Carton and Flying Fish and East Coast, as well as some award-winning American craft breweries like Brooklyn, Ommegang, Boulder, and Great Lakes, along with a few hand-picked imports. Guests will enjoy over 60 different beers from over 35 breweries along with an all-day buffet.
The brewery representatives (and occasional brewmasters) will be present to serve and discuss their products and there will be a full spectrum of beer styles represented.
Six Flags Great Adventure has a brand new safari experience featuring open safari vehicles that roam amongst the beasts, three of the world’s top-ranked roller coasters (including the world #1-ranked wooden coaster El Toro), and is now the world’s largest theme park.
So why not have a craft beer fest at Great Adventure?
The event will be held on Saturday, June 15th from 4:30-8:00PM with a 4:00PM opening for season pass holders and VIPs. The comedy show starts at 8:30PM. Beer fest tickets are $50 and include a 5 oz tasting glass and freedom to try 2 oz. samples from any exhibiting brewery and a large buffet open all day. Designated driver tickets are available. Everyone must be 21+ with valid ID for admission. Tickets and information are available at https://www.sixflags.com/greatadventure/tickets/index.aspx?promo_code=beer.
Posted by Kurt Epps-The PubScout at 10:45 AM No comments:

A Dad's Day Gift to Remember 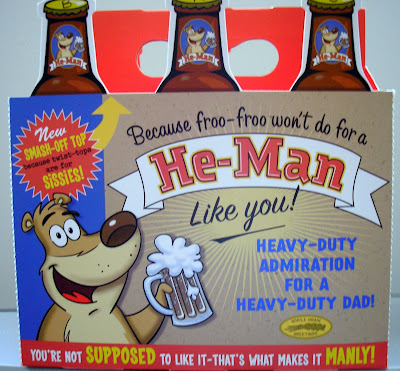 As Father's Day approaches, we can expect the usual litany of advertisements advising against buying Dad the usual tie or socks. Then they'll give you a "hot list" of what (they assure you) Dad would really like.
But if a new Bentley motorcar or Indian motorcycle is a bit steep for your budget, here's an idea: give him FREE beer!

Yep, my gal-pals down at The Brewer's Apprentice are having a FREE tasting on Father's Day, along with a bunch of one-day discounts in case you and dad want to make the liquid gift that keeps on giving (to everyone) right there in their comfy warehouse. 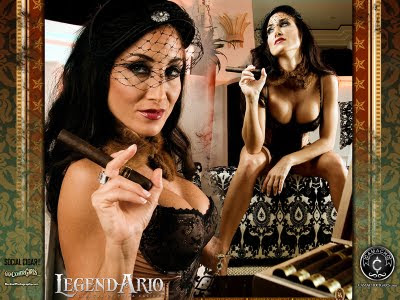 Browse their list of recipes, use their equipment, crack grain and pitch yeast, then let your masterful creation ferment until it's ready to be bottled--by you--under your own name! It's a good deal and great fun for everyone, especially for those whose spouses frown at messy home kitchens, redolent with the smells of malt, hops, yeast and sweat--er, effort. The gal in in the picture above has nothing to do with the Brewer's Apprentice. But she or someone like her could come to your house when your beer is ready to be brought home, and wouldn't that be nice?

Make this Father's Day one your dad will definitely remember. Hit the Brewer's Apprentice for free beer on Father's Day.

You can even visit the gorgeous gals of BA at the Brew Ha-Ha at Great adventure the previous day--June 15. Chris DePeppe, organizer, is looking for volunteers to work the event. Volunteers will get free admission to both the Beer Fest and the Theme Park for the entire day! Email Chris@beerheads to sign up!
Posted by Kurt Epps-The PubScout at 5:14 AM No comments: