He Sees You When You're Sleeping 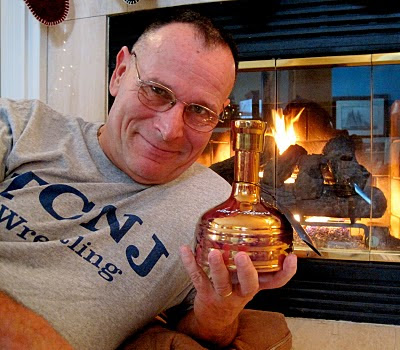 Apparently, that's what I must have been doing when he checked on me...because Utopias 09 just isn't easy to come by. Thanks Santa! (and the missus and the lads!) Merry Christmas to all, and for me a (really) Good Night!
Posted by Kurt Epps-The PubScout at 8:34 AM 1 comment:

When the tree goes up in my house, it's a testimony to the good things
in life.

I'm getting ready to savor a bottle of

Ommegang's Chocolate Indulgence as I gaze at the
handiwork of a master tree-maker. (Hat tip to Al S.) Click on the pic for a larger view.

BTW, here's my take on Chocolate Indulgence from Ratebeer.com:

A nice chocolatey/coffeeish beer with which to finish a holiday meal--if you can’t get Utopias. Better yet, have both. I found it to be very pleasant to the taste and very smooth on the palate. Its flavor improved as it warmed. Nice to give as a gift to a lover of good beer--especially a stout/porter person. But infinitely better to receive... 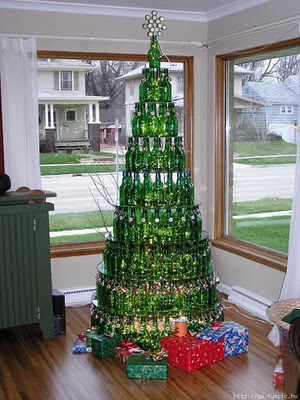 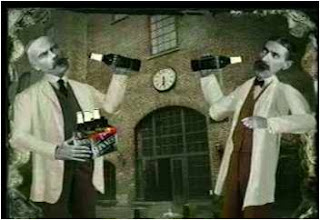 Hailey's Harp and Pub will now take your reservations for their 1/18/10 Beer Dinner.

Just got this memo from a Christmas Elf named Erin...save this date, because it's an event you don't want to miss!

Everybody who's anybody will be there.

Thank you!
Posted by Kurt Epps-The PubScout at 7:49 AM 1 comment:

Chris Flynn and the folks at Hailey's Harp and Pub in Metuchen are planning a first-ever beer dinner. The date is set for Monday, January 18, 2010. As details of the menu and beers are finalized, The PubScout--who will emcee the event--will keep you posted. There may also be a very special event upcoming before that, but mum's the word until we see if the details can be worked out. If and when the event becomes reality, you'll learn about it here.

Just a tip: I visited Costco last week, and while the Senior Buffet was again outstanding, I picked up a case of Kirkland Beers. There are four styles in this case, which sells for $17.99. A German Lager, a Pale Ale, a Hefeweizen and an Amber Ale. The information on the product indicates that the East Coast version is made in Utica, NY, which usually hints at F.X. Matt. Gordon Biersch supposedly brews the Left Coast variety. The beers are surprisingly good and and eminently drinkable. The Hefeweizen is particularly good, and if you broil up some tilapia and side dishes, you'll have a meal fit for a king. All things considered, for $18, you will not go wrong. Here's another opinion, but you're certainly capable of googling "Kirkland Beers" on your own

Cheers until next time!