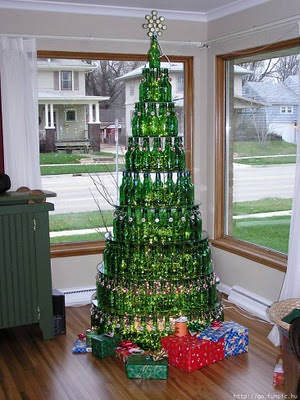 I stopped in Costco yesterday (albeit a bit early to hit the "Senior Buffet") and picked up some supplies. In the beer aisle, as I passed the very good and previously reviewed Kirkland offerings along with the inane "Turn your Mountains Blue" Coors Light, I found Sam Adams Winter Beers Collection, and since Old Fezziwig, Holiday Porter and Winter Lager have long been cold weather favorites, I picked up a case. $26 for 24 SA beers is a darned good deal if you ask this pensioner.

But what to my wondering eyes should appear, but a Chocolate Bock as one of the beers! I had always wanted to try this brew, and when I got home late last night I pulled one from the fridge. I read the label to discover there were "nibs" (whatever they are) from Ecuador used in the process, and that process included aging the beer on a bed of cocoa. Sounds a bit messy, but I poured the dark brew into a chalice-style glass to more fully savor what became an impressive nose, and Willy Wonka dutifully called out to my olfactory lobes.

The first sip made me think that this may be the silkiest, smoothest beer I have had in many moons, and the flavor was most rewarding. I remember treasuring chocolate egg creams at my childhood soda fountain, and this beer brought me back there. Not overly sweet, but definitely chocolatey, toasty and unbelievably smooth--and it improved as it warmed. It was liquid velvet on the tongue and palate with a finish that hung around like cigar smoke over a 1940's pool table.

I still chuckle at those Coors Light Silver Bullet commercials which attempt to convince beer folks that colder beer is better beer. What nonsense. And all you need to prove it is to pick up some of this stuff. I am disappointed that only four bottles come with this SA Winter pack, too. I'd have evicted the SA Lager (a good beer in its own right) in this collection and made room for four more of these babies. In fact, I'm probably going to see if Dan Ratti can get it in cases.

It's going to be long winter. Most days, Old Man Winter will do his best to turn my nibs blue. But he can't if they're in my Sam Adams Chocolate Bock.
Posted by Kurt Epps-The PubScout at 5:46 AM 2 comments:

But—confession time—I don't love them together. Don't know why, since beer and pizza seems to go as well in the minds of the general populace as beer und brats. But I never warmed to the combo, perhaps because of the breadiness factor. Pizza, no matter what you put on it, is bread, and beer is liquid bread. So I prefer a good root beer, birch beer or sarsaparilla with my pizza.

A guy, who used to take his dates out for pizza before bringing them to his place to see his, um, etchings, once told me, "Pizza is a lot like sex. Even when it's bad, it's pretty good."

Maybe. But what about when the pizza is simply out-of-this-world, like at Luna Pizzeria in Three Bridges, NJ? Following a motorcycle charity meetup for the American Heart Association at Duke Island Park, one of the organizers had us motoring (on a positively scintillating autumn day) on the back twisties of Somerset County en route to Frank Catena's place.

The place isn't big. Three Bridges itself is so small that if you don't get stopped by a train changing cars in the town center, you might not realize you even went through the town center. But, as the saying goes, "It's not the size of the pie in the dog…" or something like that. Frank's pies, written up extensively in the Star-Ledger, are special because they're made that way. Using a special dough and ingredients obtainable only in Italy, and following a pizza code that is every bit as stringent as the Reinheitsgebot is for beer, Catena puts out some absolutely delicious and varied gourmet pies. All the ingredients in every pie are incredibly—nay, religiously—fresh, right down to the basil leaves Frank or his wife Jeannette pluck from the basil plant growing by the door.

Frank, a motorcycle buff himself who owns a number of vintage Harleys (including a 1914 model), is amiable, knowledgeable and most of all, committed to his craft, which he's been plying for only three years. He was instructed in the trade by a Master Pizzauioli (Pizza Master) who spoke only in Italian, so a translator was needed. "This guy is one of the two best in the world," says Frank, "and I follow his direction completely. My customers tell me it shows."

Indeed it does. I had slices of the Margherita, the highly acclaimed sausage and Frank's personal favorite—the White Clam Pie. Hoboken's Ol' Blue Eyes himself used to order pizza shipped to him on the Left Coast from a guy in Jersey. Frank, with some difficulty, got the guy to share the recipe, and now Frank (who tweaked the ingredients) unabashedly claims, "Mine's better."

I ate so much Luna Pizza, accompanied by root beer, that I barely had room for the special Nutella Dessert Frank made for his fellow bikers. For that delicacy, there are, simply, no words.

Sated, I paid my part of the very reasonable tab, threw my leg over the Blue Eagle and departed via the Somerset County backroads, brilliant with reds, oranges, yellows and browns all splashed by a bright sun.