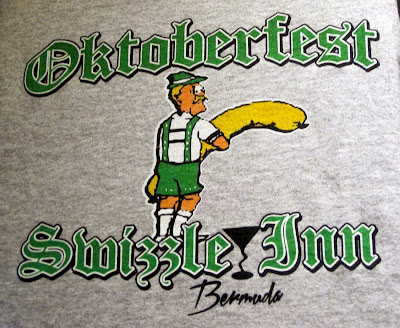 You all know what Dejas vu is.
Vujas De is the opposite: the feeling that none of this has ever happened before, but probably should have.
And that pretty much describes my visit to the oldest operating pub on the island of Bermuda. But I digress. 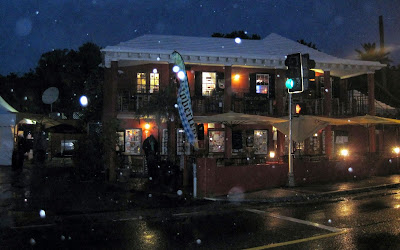 It was a dark and stormy night.
No.
Really.

And by Dark and Stormy, I don’t mean the national drink of Bermuda. It rained like hell for hours and said rain was accompanied by gale force winds of at least 48 knots, according to one mariner I met. We left Hamilton in a nonstop torrential downpour, hoping that the weather would change by the time we got up to The Swizzle Inn at Bailey’s Bay.

It got worse. Sheets of water flew high up over our bus, driven by a guy with ice water in his veins, considering the curves of Bermudian roads even when dry. There was so much water that it was pooling deeply even on downhill inclines. Now that may be great for Bermudians, whose house roofs are white to collect rain water in cisterns, but for pedestrians—and especially for those poor souls on scooters—it was nothing less than Noah’s weather, with no ark in sight.

So much so, that upon letting us out at the Swizzle Inn, our bus driver advised, “There’s no better place to be on a night like this.”

Man, was he right. 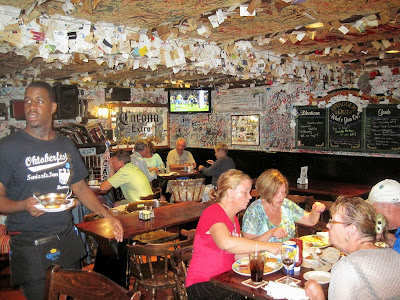 As we walked into the warmly-lit pub, built into a building that was erected in 1650, the usual sounds of laughter and clinking glasses combined with the smells and hubbub of a busy kitchen to make a soggy traveler feel most welcome. One glance around the place—with its million or so business cards taped to the walls and low ceilings and other walls covered with signatures made me ask myself why I had never stopped in here before. Under Vujas De, I felt as though I should have.

There are plenty of rooms upstairs (for bigger parties) and down (for the hoi polloi like us) to attract the peripatetic pubber, who might spend a decade trying to read the business cards and writing on just the walls of a single room.

Manager Carol Hart Mungal met us at the door and immediately made us feel welcome, introducing us to her two affable friends, pub regulars Debbie and Kevin Hogan, who invited us to join them—even though we looked like drowned rats. Hey, they were from Jersey, so they had to be cool. The memory of Noah’s Deluge was now just that—a memory, but the

downpour would impact the night’s festivities—a week-long Oktoberfest celebration—by delaying the bearer of the keg-tapper and his critical tapping tool in a small flood.
No matter, though. With The Swizzle Inn’s ambience and Carolyn, the Hogans and the lively, energetic owner Jay Correia to keep us engaged, we didn’t mind the wait. Especially because the wait included samples of the pub’s namesake drink: The Swizzle.
You can find the recipe here. It, too, is sometimes considered Bermuda’s national drink. 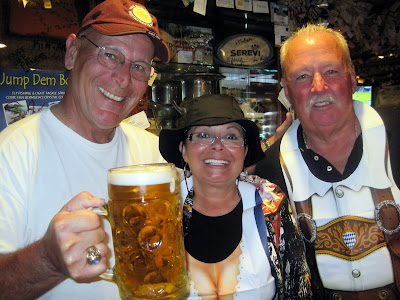 But this was, after all, a night of Oktoberfesting, the third such yearly event Carolyn has managed, and she manages another Swizzle Inn at the opposite end of the island. With the keg tapper and his tool finally in the house, the specially imported Paulaner Oktoberfest would erupt from the keg to find a very temporary home in the mug, and the party was on. Amid choruses of “Ein Prosit!” and a few “ziggy-zoggy hoy-hoy-hoys,” the attendees who braved the weather wore porkpie hats and dirndl bibs under the tent accurately decorated in the Bavarian style. 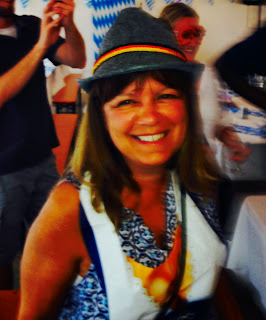 Here's a video of the keg-tapping.

The pub’s motto is “Swizzle Inn; Swagger Out” and considering the ingredients, “swagger” might easily become “stagger,” but that didn’t happen as long as we were there, which was at least four hours. The old house rang with cheers and laughter, while glasses were raised in celebration, with old friendships cemented and new ones formed. Little did we know that our fun adventure was not over—nor would it be “fun,” except in retrospect.

After saying our goodbyes, we headed back to the ship by bus to Hamilton, where our plan was to board the ferry for the cross-bay trip back to the dock. But to our dismay, we learned the ferry was canceled due to dangerous winds. So we got blown around the nearly deserted streets of Hamilton, eventually arriving at the bus terminal.

Thinking our night was concluded, we rested comfortably in the hands of another ice-water-veined bus driver. He dropped us off at the dock for a three-minute walk to the ship. 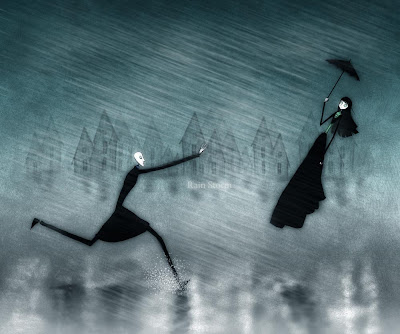 That walk, however, took nearly fifteen minutes, as we fought those headlong, 48 knot winds step by step as if in a nightmare where you think you’re running but you’re hardly moving. The powerful wind had blown down a line of scooters near the dock, and nearly took the missus herself into the drink. After reaching and boarding the ship at last, we learned that some hours earlier, the Captain had given a directive that no one should get off the ship due to the 55 mph winds—just 9 mph shy of hurricane force.

But we didn’t know. Nor, in retrospect, would we have cared. And though we “Swizzled Inn” and “Swaggered Out,”we did not stagger.

Unless you count the walk from the bus stop to the ship. But the Oktoberfest at the Swizzle Inn  and the people we met were worth every step.