The Pied Pipers of the Economy? 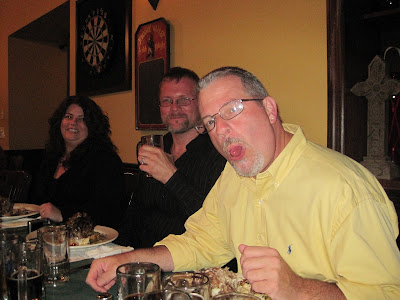 More than once during my normal, old-fashioned two-parent-plus -grandma upbringing, my exasperated grandmother would exclaim that I was "driving her to drink." I could never understand what she meant, because, one, I couldn't drive at 8 years old, and two, if she wanted to drink, the kitchen faucet was right there.  She also said "Jesus, Mary and Joseph" a lot, at least when I was around.As a parent, however, I have come to understand what she meant.

There are many things which can "drive a person to drink," including our current national and state economic malaise. Finding a job could be one of them. But according to this article "people being driven to drink" are actually creating jobs. A short history of brewing (with some astounding numbers) in the US is here. Perhaps if NJ's legislature would remove some of the roadblocks to craft brewers interested in building up their local communities, we here in the Garden State might see a bright spot on the economic horizon.

The bottom line here is just that--the bottom line. And that line says we need to spur the economy and create jobs. It appears the craft beer guys are leading the way.

There could be worse Pied Pipers to follow.
Posted by Kurt Epps-The PubScout at 5:49 AM

Sometimes your blog doesn't make sense...You post an intelligent idea about the beer industry supporting the economy and include a grossly incongruent photo of this unintelligible "person" ? :-)

That picture is of a very dear friend, and the look on his face coincides with the first paragraph about my grandmother being "driven to drink" and saying "Jesus, Mary and Joseph" often. He's not a bad guy, but he is the reason there are laws against sibling marriages.