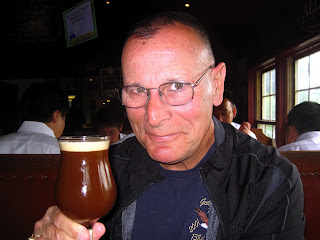 For the past sixteen years, I have endeavored to visit and recommend good pubs and beer bars to my readers. This new series, dubbed the SSS (Short Stay Series) will attempt to suggest more pubs that are close to central NJ, and accessible by an easy day trip that can involve—but doesn’t require—an overnight in one of the quaint and charming communities that host said taverns. No need for lengthy and involved trip preparations, TSA pat-downs, passports or extensive travel beyond your vehicle, be it four-wheeled, three-wheeled or two.
The first in this series discusses three delightful pubs in the historic Bucks County town of Newtown, PA. Each is loaded with character as well as a raft of good beer and food choices. None should break the bank, though your own tastes may impact the final bill if you opt for very expensive beers and food—and that possibility surely exists at some of these establishments.

What qualifications does The PubScout seek in terms of the character of a good pub?  Bruce Aidells, a renowned chef, writes: You sit back in the darkness, nursing your beer, breathing in that ineffable aroma of the old-time saloon: dark wood, spilled beer, good cigars, and ancient whiskey - the sacred incense of the drinking man.

Yep. That about captures it. And while Pennsy Pubs usually allow smoking—including cigars in some places like The Temperance House in Newtown--Jersey does not. 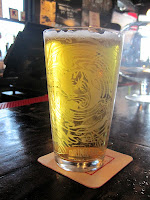 Of course, the pub should have good beer offerings with regularly cleaned beer lines. But many large chains can fill that bill, and while they’re worth visiting and enjoying, they don’t necessarily qualify as “pubs” in the strictest sense of the word. Pubs usually are small, often dimly or fireplace-and-candle lit local institutions, preferably with at least one stone wall and dark wood. They usually have a dedicated, naturally suspicious, yet non-threatening  clientele and a barperson who knows his beers as well as his clients. As a good pub should be an aesthetically welcoming place, said barperson also makes the stranger feel immediately comfortable.
The three pubs in this column, all within a short walk of one another, qualify on all counts, and one (Isaac Newton’s) boasts a barman named Tim Gannon who is more steeped in good beer than most grains.
Having recently attended the very successful 2nd Annual Washington’s Crossing Brewfest with its fabulous array of sixty-five breweries, I was delighted to learn that it was through the efforts of Isaac Newton’s Gannon and owner Glenn Blakely that the fest was born. Gannon assembled the brewers’ guest list, and Blakely—in period uniform—was the affable host of the event. 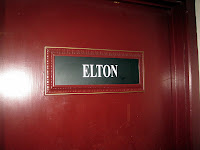 Blakely’s pub, which suffered a serious fire in 2002 and had to be rebuilt, is Isaac Newton’s, situated conveniently adjacent to a Newtown municipal parking lot. But it is Gannon who is the beer engine of the place. With a head-spinning repertoire of exceptional beers on tap and in bottles, Isaac Newton’s is like a mini-brewfest all by itself. There's a reason it was named the #1 Beer Bar by Buck's Happening. You’ll see beers you have heard of and some you’ve never heard of, but the discerning beer drinker will surely find something here to his liking. (Don’t ask for the Monk’s Blood, however, as the PubScout finished that baby off during his visit.) The pub-grub is excellent and reasonably priced, and the pub, which ranked #9 in the World’s 50 Best pubs, fits all the qualifications above. There’s even an outside dining area for nice weather days. And when it comes time to allow yourself some room to add more beer, descend into the depths of the place to one of the johns—aptly named Elton and Olivia Newton.

The second pub which qualifies is the nearby Temperance House. Located in an ancient stone building (c. 1772), it, too, fits all the qualifications. The pub is separate from the more sedate dining room, reached through a sliding wood and glass door, and, as mentioned, allows cigar smoking. It also has an impressive beer list, though not as deep as Isaac Newton’s. There is entertainment on Friday and Saturday nights, and, should you find it necessary to recover from your dancing and reveling, it has nicely-appointed guest rooms. 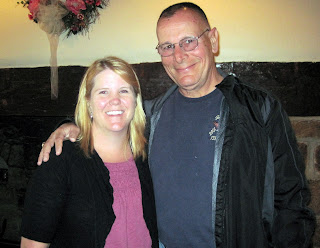 It, too offers solid, reasonably-priced pub-grub, but worth mentioning is its pricier formal dining room. A massive stone fireplace and an equally massive hewn wood beam dominate this room, but it is the food which commends it. I dined on a very large—and very delicious—chicken pot pie, while the missus thoroughly enjoyed a succulent and flavorful Vegetable Risotto. It earned her high praise, as well as thirty-two “O-my-Gods.” 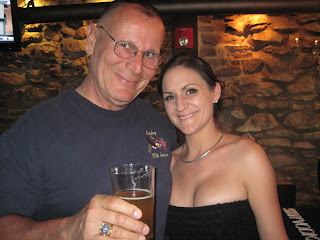 The third pub in the one-block area is in another of Newton’s oldest buildings and is called The Black Horse Tavern established in 1747, and in ambience it is the quintessential pub. Stone walls in both sections (there are two separate bars in two separate rooms)  and dark wooden beams in the ceilings make this pub a model for Bruce Aidells’ aforementioned description. We did not sample the solid fare, but there were quite a few good beers—and unusual beers--on tap. Kind beer and Love is Evol were just two of them. The latter is a strawberry and jalapeno brown ale, in case you’re adventurous. Barwoman Nikki gave us samples of each, and her fellow employees will do the same for you upon request.
The Black Horse, unlike the other two sits catty-corner on a corner with inviting steps that one can’t help but climb. Those who do will be rewarded in all five senses:  sound, sight, smell, taste and touch. How in sound, say you? Listen for the pour, and then clink your pint with the person next to you.
The following are hyperlinks to all three places where you can check out the beers and the menus to see what suits your fancy:
Isaac Newton’s    The Temperance House     The Black Horse Tavern
And click here to see morepictures.
Cheers! The PubScout