The Mohawk House: All The Right Stuff 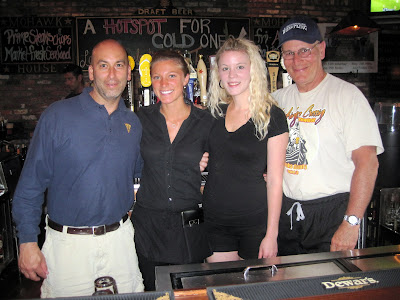 Sparta, NJ is a considerable hike for the PubScout, unless it’s by motorcycle. Because when you’re on two wheels, it’s usually about the ride, not the destination. Except in this case, it’s about the destination, too. Mohawk House is simply a gorgeous facility, and their entertainment schedule (for those who actually require more entertainment than beer) is impressive.
Steve Scro now has the largest number of beer taps in northern NJ, and his marketing has resulted in packed houses for quite a while. His last effort on behalf of the Sussex County farmers yielded 2,000 poured pints. But marketing alone does not guarantee success. You also have to deliver on product—in this case products, which means the beer and the food.
As for the beer, if a beer nut can’t find something he likes at Mohawk House, he should switch to wine—which they also have. The food is absolutely incredible, and Steve’s relatively new chef, Kenneth Salmon, is as dedicated in the kitchen as Steve is to the taps. I caught up with Kenneth yesterday as he was outside working his magic over a wood-fired grill for Father’s Day. 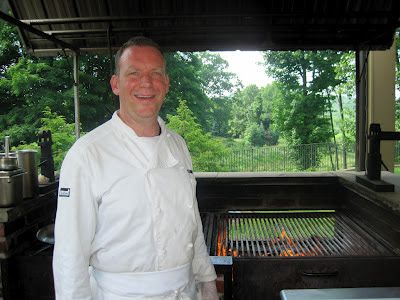 A graduate of the Culinary Institute, Kenneth, a local chap, has gained valuable experience by working in food venues as varied as New Orleans, New York and Italy. He has also prepped his culinary staff to the point where they can adequately handle the regular menu duties as well as he can, which frees him up to tackle more creative dishes. Hailing from a family that traces its roots to the Mayflower, it’s a safe bet that he knows American cuisine, too.  That the Mohawk House gets most of its produce from local farmers is an added benefit which insures absolute freshness.
I asked Kenneth what his recommendation to a steak-loving guest would be, and he answered, without hesitation, “The Rib-eye.” As for the seafood lover, his response was, “Anything and everything.” It seems when your last name is “Salmon,” that’s a good answer.
One other point deserves mention, and that’s the fact that I have never spoken to an employee there who doesn’t LOVE working for Steve. “It’s all about family for me,” said Scro. “And we’re a family here.” That you could eat off the floors in the beer cellar also speaks volumes to me. 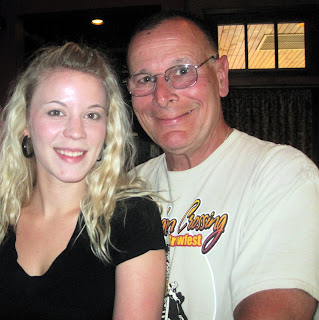 I didn’t have time to dine there yesterday, but I have in the past and found it exceptional, though decidedly not cheap. Quality, however, never is. But the next time I visit, the Rib-Eye will definitely get my attention.
And with fifty taps, I can guarantee it will not be accompanied by wine. Especially if Miss America, Kasey, is pouring.
Posted by Kurt Epps-The PubScout at 8:41 AM