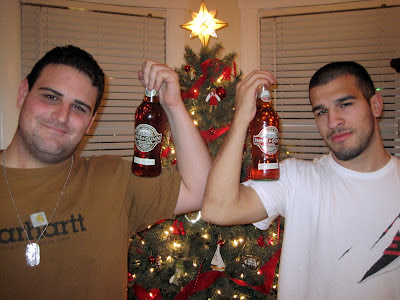 The First Beer Maker To Salute and Truly Celebrate The Fourth of July
Press Contact:
Ana Jovancicevic/ 917‐379‐5939 Shannon Fischer / 914‐420‐5758
Ana@handcraftedpr.com Shannon@handcraftedpr.com
New York, NY – June 12, 2012 This Summer, pioneering Scottish craft beer maker,
Innis & Gunn, launches its NEW limited edition ‘Independence Day’ beer in celebration of
Scotland’s centuries‐old ties with the USA. Never before has a beer maker dedicated a
brew to this specific day and, as Dougal Sharp, CEO of Innis & Gunn, explains, the
brand would not exist without the American Oak that is used to flavor the beer.
“When we first produced Innis & Gunn Original in 2003, its wonderful flavor resulted from
the interaction between our beer recipe and the American Oak in which we aged it. And the
success we have had internationally has only been possible because the USA has been the
trailblazer for craft beer for over a decade. So we owe a great deal to the USA and we have
brewed this special Independence Day beer to celebrate this.”
The lineage between the Scots and Americans go way back— to 1776 and earlier — and the
history of both countries is deeply interwoven. It all began at the very beginning, when 21
of the 56 men who signed the Declaration of Independence were of Scottish descent and
two others had been born in Scotland, only to come to the Americas later in life. Even
America’s favorite relative, ‘Uncle Sam’, was actually based on a real man, Samuel Wilson,
whose parents were native Scots.
Today, about 30 million US citizens can trace their descent from Scotland. And now, just in
time for the Fourth of July, the Innis & Gunn ‘Independence Day’ beer has arrived as a
summer‐long toast to Americans and Scottish Americans everywhere.
In making the Independence Day Limited Edition, Dougal gave himself a challenge to create
a beer that was both refreshing but complex ‐ something that would quench the thirst over
a long, hot summer but that would not lose any of the unique flavor attributes the awardwinning
brewer is known for.
He added: “Independence Day is quite unusual in that it marries two characteristics:
complexity and refreshment, which you don’t often find in a single beer. So it both satisfies
thirst but also has a full and rounded flavor, which comes from the oak maturation. The
taste really evolves on the palate and we’re delighted with the result.”

The outcome is a light and fruity beer with notes of candied apple and marzipan. The
combination of biscuit malt and citrus hops tingle the palate only diminishing after the first
sip to allow the signature Innis & Gunn vanilla and oak notes to shine through. Because of
this combination of Scottish malted barley and mouth‐watering zesty American hops,
Independence Day is a great partner to BBQ dishes. Innis & Gunn Independence Day is now
available for a limited time only on US shelves and is priced at $11.99 for a 4‐pack.
Innis & Gunn Independence Day is the second Limited Edition beer to be released in the US,
following Innis & Gunn Irish Whiskey Cask which was introduced in January and sold
through the trade almost immediately. Over the past nine years, Innis & Gunn has won
an international following for its innovative limited editions as well as the core range of
Innis & Gunn Original and Rum Cask.
Website: http://www.innisandgunn.com
Follow us on twitter @InnisandGunnUK and join us on Facebook: Innis & Gunn Oak Aged
Beer