Drinking with Khaleesi (of the Dothraki) 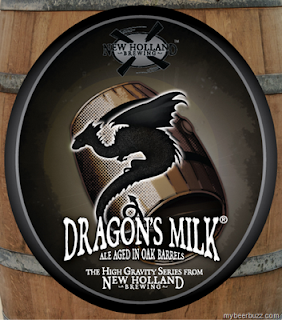 Sometimes the statewide/nationwide search for good beer bars and pubs causes you to overlook some of the ones closest to home. Such a place is The Old Bay in New Brunswick. I started patronizing the joint back in 1987—when it first opened. It was a celebratory visit to recognize the birth of my first-born son Brett in nearby RWJ hospital. The kid had his mom in labor for more than 20 hours, and after he finally emerged, we both needed a beer. She, of course, was confined to hospital fare. But I was not.

So two of my buddies who waited it out with me walked down to the Old Bay to celebrate, and I’ve been going back to this cool New Orleans-themed bar ever since. My visits became more regular after 1996, when I broke into the beer writing business, because the Old Bay had lots of outstanding selections on tap and in bottles, thanks to the efforts of Chris Demetrios.

Happily that is still the case as the Old Bay has a magnificent beer tower and Pat Pipi, the current GM who’s responsible, has a great eye, nose and palate for great beer.

Finding the perfect spot in the parking garage nearby to park my motorcycle (God is often too good to me), I stopped in today to help the Old Bay celebrate 25 years in business, and they had pulled out all the stops for the event. Great food, all that good beer, giveaways of shirts and pint glasses, a super-sounding Nawlins band (called, appropriately, the New Orleans Sound) crawfish (both alive on the bar and ready to die for the cause in a big pot outside) and a lively, committed crew and crowd made it an afternoon to remember. That every patron's $10 donation went directly to Elijah's Promise Soup Kitchen made it even more appealing.

As is customary in good beer bars, there are often too many good choices (Old Bay even has a Canned Craft Beer section) which command one’s attention, but a relative newcomer from Bear Republic brewing in California got mine. Dubbed Hop Rod Rye, it was both hoppy and complex, and the rye notes danced all the way through to the finish. It paired up superbly with the free buffet Shrimp Etouffe, but my guess is that it would have gone well with anything on the menu except for the Bourbon-soaked Bread Pudding. For that, a special beer was required, so I scoured the beer tower and found the face of Khaleesi of the Dothraki, aka the Mother of Dragons in Game of Thrones. And her Dragon’s Milk answered the call perfectly. Not that it was new taste for me, as I celebrated my conquest of the legendary Tail of the Dragon in Tennessee and North Carolina with that beer—a full bottle’s worth. At 10% abv, that’s not an amount suggested for any ride until it’s over, and I dutifully drank it in my hotel room. But the Old Bay responsibly pours you less than that, and while it’s sufficient to make you wax eloquent in praise of Khaleesi, it won’t prevent you from riding home. One won’t anyway.

My visit to the Old Bay reminded me that good beer and good beer bars don’t always require lots of mileage from home. I’ll definitely be back for more.
I just hope Khaleesi is still there.
Posted by Kurt Epps-The PubScout at 3:44 PM