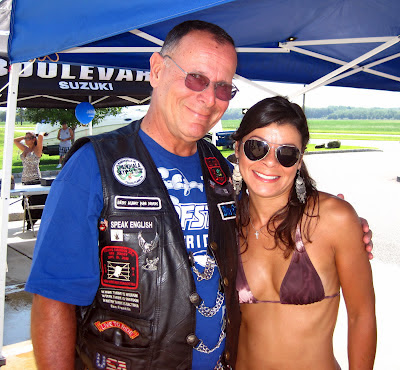 Will you be lucky enough to meet
Paula Abdul at Philly Beer Week?

PHILADELPHIA, PA – Tickets are now available online for the fifth-annual Opening Tap, the official kick-off event of Philly Beer Week (PBW) 2012, to be held on Friday, June 1 at the Independence Visitor Center.  As in the past, tickets are expected to sell out quickly for this signature event, which includes tastes of beer from over 30 regional brewers and the ceremonial “first tapping” of PBW 2012.  New in 2012, is a one-hour VIP Session which will be held from 6:30 p.m. until 7:30 p.m. and will include a selection of special beers paired with complimentary beer-friendly food, as well as a souvenir drinking glass and a gift bag.  General admission will begin at 7:30 p.m. and will cost $40 per person.  Tickets can be purchased online at www.phillybeerweek.org; tickets will not be available for purchase at the door.
“Opening Tap is one of our most popular and enduring events,” says Executive Director Don Russell. “We’re thrilled to announce that tickets are available now online, and we look forward to a best-ever crowd at this year’s sure-to-be-sold-out event.”
Opening Tap will be open to the public and will begin at 7 p.m. with the ceremonial ‘first tap’ by Mayor Michael Nutter.  The tapping will be held outside, on Independence Mall, adjacent to the Independence Visitor Center.  Those waiting to enter the main affair will be in prime position to see Mayor Nutter slinging the official PBW keg mallet (affectionately known as the Hammer of Glory, or HOG) to release PBW’s first drops of Brotherly Suds 3, the official local collaborative beer of PBW 2012.
"Now in its fifth year, Philly Beer Week has developed a well-deserved national buzz.  Philadelphia has one of the most respected celebrations anywhere, spotlighting our brewers, great bars and restaurants throughout the region," said Mayor Nutter.
Live music will be provided by trumpeter Josh Lawrence and the New Quartet. Once tapped, the festival doors will open for a strolling beer tasting on two levels of the Visitors Center.  Confirmed Opening Tap breweries include:
·         Appalachian
·         Boston Beer
·         Box Car Brewing
·         Dock Street
·         Dogfish Head
·         Evil Genius
·         Fegley’s Brew Works
·         Flying Fish
·         Free Will
·         Full Pint
·         Home Sweet Homebrew
·         Iron Hill Brewery & Restaurant
·         Keystone Homebrew
·         Lancaster
·         Manayunk Brewing Company
·         Neshaminy Creek Brewing
·         Nodding Head
·         Penn Brewing
·         Philadelphia Brewing Company
·         Prism
·         River Horse
·         Round Guys
·         Shawnee Craft Brewing
·         Sly Fox
·         Stoudts
·         Triumph
·         Troegs
·         Twin Lakes
·         Victory
·         Weyerbacher
·         Yards
·         Yuengling

Beer drinkers will also have the first taste of Dupont Speciale Belge, a Belgian ale brewed at Brasserie Dupont in Tourpes, Belgium by master brewer Olivier Dedeycker and Iron Hill Maple Shade head brewer Chris LaPierre in a once-in-a-lifetime collaboration between the two “cities of frotherly love” exclusively for PBW 2012.  The collaborative beer is a first for 167-year-old Brasserie Dupont and was organized by its American importer, Vanberg & DeWulf.
Beer friendly food will be available for purchase on site from Max & Me Catering.  There will also be live music by the Flathead Gang.  Attendees must be at least 21 years of age, and no children will be admitted.
For those who are already making plans to attend other PBW signature events, the $100 per person VIP with Forum of the Gods Package includes Opening Tap admission, the VIP Session and guaranteed seating at the highly praised Forum of the Gods round-table talk and tasting with top beer world luminaries which will held on Wednesday, June 6 at 2 p.m. at Philadelphia Bar and Restaurant.  Those who will be acting as designated drivers can attend the Opening Tap for $25 per person, including complimentary soft drinks and a PBW t-shirt.
Philly Beer Week 2012 will be held from Friday, June 1 until Sunday, June 10.  PBW is a 10-day celebration of “America’s Best Beer-Drinking City,” kicks off on the first Friday in June annually.  Established in 2008, it’s the largest beer celebration of its kind in the United States, featuring hundreds of festivals, dinners, tours, pub crawls, tastings and meet-the-brewer nights throughout Greater Philadelphia.  PBW highlights the region’s diverse beer scene – its world-class breweries, neighborhood taverns, trend-setting restaurants and rich beer culture and history.
For more information about Philly Beer Week, including the ever-expanding schedule of events both during PBW and throughout the year, a list of participants and other details, please visit www.phillybeerweek.org, follow them on Twitter (@PhillyBeerWeek; PBW tweets should include the hashtag #PBW) and like them on Facebook (Philly Beer Week).
#  #  #