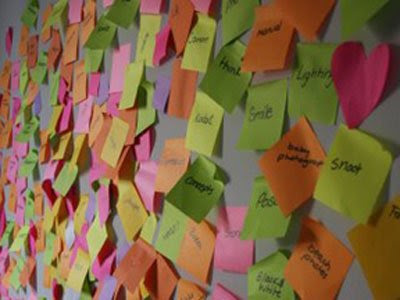 Some of the coolest things have come into being by accident. Check out this page or simply Google “products invented by accident.” I had been aware of many of these, but I never thought a mistake—or a few of them in succession-- would yield such positive results.

I had to be in Alexandria, VA for a funeral service of a relative. The missus and I took a room for the night so we wouldn’t have to drive back to Jersey on the same day. Arriving after 4PM, I was looking for a nice pub with some good pub-grub and decent craft beers where we could grab a bite and a brew before heading to the funeral home for the evening viewing. Once I patched into the motel’s wireless system (always an adventure), I began my online search for a nearby spot. I thought I called the number of a place called the Cosmopolitan Grill, and spoke to a desk gal. 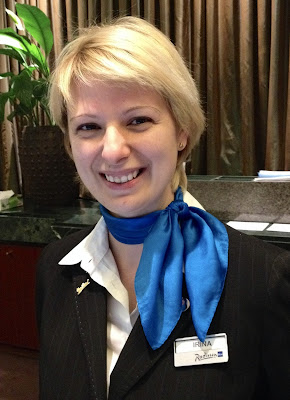 “Embassy Suites, how may I direct your call?”
“Do you have a pub called the Cosmopolitan Grill in your place?” I asked.
“Yes, sir we do. Would you like me to connect you?” she inquired.
“No, I just need to know if you have a nice craft beer list,” I said.
“Yes, sir, we sure do,” she replied, with the sweet vocal warmth that characterizes most Southern folks.
“OK,” I said. “We’ll be in shortly.” And I hung up.

I think that was where the mistakes came into play. Maybe it was the Yankee speed with which I said “Cosmopolitan” that threw her. Or maybe she had a hearing problem, which I doubt. Because the Embassy Suites restaurant/pub is called The Crossroads Grill, not The Cosmopolitan Grill.

So, after double checking the menu of The Cosmopolitan Grill to insure that the missus would find something she liked on the menu, we dropped our gear, jumped into the car and told WAZE-y Daisy to get us there.

It wasn’t far—maybe three miles from our motel—and we had our eyes peeled for an Embassy Suites. But when WAZE-y Daisy said to make a turn where no Embassy Suites was in sight, we got confused. The confusion continued after we made the turn and saw a sign for the Continental Grill—next to a Gold’s Gym, in an otherwise nondescript strip mall. 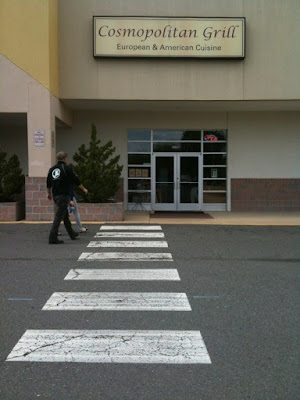 “I don’t know about this place,” said the missus. “Should we even go in?”
Hungry and thirsty, I said, “What the hell. Let’s go in and look around. If it seems fugazy, we’ll have WAZE-y Daisy find somewhere else.”

And we walked into a beautiful, nicely appointed setting, with soft Maurice Chevalier music playing that gave an immediate European feel to the place. Having once been to Zagreb back when Josip Broz Tito still held Yugoslavia together, I had a sense of dejas vu. 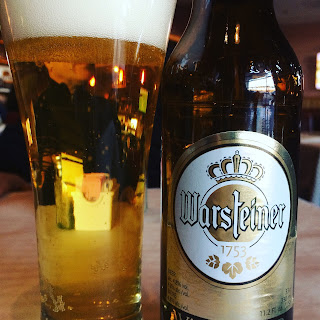 We were seated by a young, classy, welcoming European waiter named Zied who asked what we would like to drink while examining the decidedly Un-Embassy Suites menu. I mentioned to Zied that I was a craft beer drinker and reviewer, and as is my wont, I gave him my card. I ordered a Warsteiner Pilsner (Zied verified that I had made a good choice), and we began looking at the menu.

He introduced himself as Ivica (Ivan) Svalina, the owner of the place. He began a fascinating discourse with us about his place, his history as a chef and a refugee, his weekly six-hour trips to Amish country to procure his special grass-fed beef, veal and lamb, his commitment to freshness, the success of his two daughters and his disappointment with Trip Advisor for dropping his restaurant from #2 to # 28 despite mostly rave reviews from patrons. It was like sitting down with an old friend even though you had never met before. But more about this hard-working guy later. 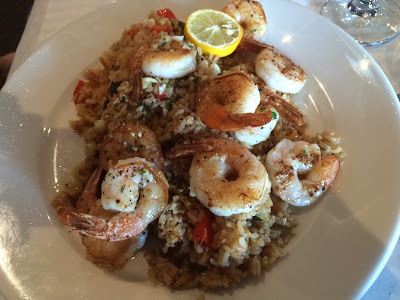 The missus ordered a Grilled Shrimp and Rice dish, and I, feeling adventurous and bold ordered something called cevapcici to accompany my Warsteiner. Cevapcici are small homemade sausages, and apparently a staple of many countries in the Balkans, although they may assume different names. I ordered the smaller portion of seven and these were astoundingly fresh, well seasoned and literally trying to escape from the lepina they arrived in. Had I ordered the larger quantity of ten, it would have been an all-out prison break, but they were so very tasty and went so well with the Warsteiner. Zied also delivered a most delicious shareable salad that tasted as if it had just come from a garden out back.

We had gotten there a bit early, so the restaurant only had a few folks sitting at the bar, but as the dinner hour approached, the place started to get busier. Zied informed us that the place is usually bustling with business, especially on weekend nights when reservations are required. He said there have been nights when no more reservations would even be taken as well.

Ivica Svalina and his wife Amela are getting set to open another venue in Old Town Alexandria; it would be their third place, the Balkan Grill being the other. Cosmopolitan Grill is located on Rt. 1 and not precisely in downtown Alexandria, and once the new place is up and running, he hopes Trip Advisor reconsiders its location placement as true Alexandria, which it should. 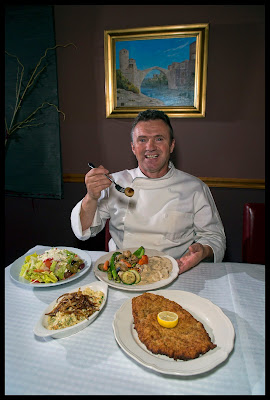 This place was, in my humble estimation, nothing short of fabulous, especially considering that a comedy of errors had brought us there. And I was happy to have that confirmed by no less an authority than Vladimir Solujich—aka The Serbian Nightmare—in an online exchange I had with my highly intelligent former student discussing the place’s Balkan authenticity. And I’m not just calling him intelligent because he’s acquired some rare and highly valued “cold medicine” called slivovitz for me from his dad. Well, maybe a little….
And if The Serbian Nightmare says real “cevaps” go great with beer, I’ll attest to his Balkan expertise.
But what is surely not a nightmare is Ivica Svalina’s story; it is classic American Dream stuff—arriving with little to nothing, working hard to get ahead and achieving success.

If you’re ever in Alexandria, check out the Cosmopolitan Grill.
You will not be sorry.
And just to be sure, here’s the correct phone number: 703-360-3660.