Back in the Beer Dinner Business 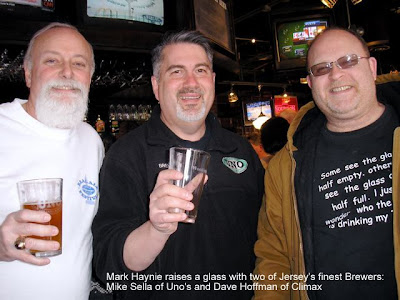 When Uno’s Brewer Mike Sella returned from Red Bank this past July to the tanks he tended for fourteen years, he was unsure about the resumption of his famous beer dinners—but dead sure about being happy to be back. After all those years, Sella’s rep for making good beer and running good beer dinners was solid.

So it’s good to know he’ll be sponsoring another one on February 29, and this one is in conjunction with the increasingly popular Cypress Brewing in Edison. I had occasion to chat with the Cypress brewer Jason Kijowski about this development:

PubScout: Why has a beer dinner using Cypress taken so long, given the popularity of Cypress beers?

JK: We were quite surprised about the popularity of our tap room given our short time in business, so we needed some time to get a handle on that before we started working with others.

PubScout: Why Mike Sella and Uno?

JK: I've been a huge fan of Uno and in particular Mike's Station House Red Ale since the brewpub first opened.  This seemed like a perfect fit given both our proximity and my appreciation of his brews. (Ed. Note: The new beer is called Riley’s Red Rye in honor of Sella’s red-headed daughter.)

PubScout: Have you or had you ever attended a Sella/Uno beer dinner in the past?

PubScout: What obstacles do you or did you need to overcome to make this happen?

JK: Collaboration on the recipe, fitting time in our schedules to brew at both locations, menu and beer pairing selections.

PubScout: How much will this type of exposure help Cypress?

JK: Uno’s is in our backyard and has a great reputation in the area, especially among craft beer drinkers.  Collaborating with them is a natural fit for us and will greatly help us introduce the local patrons to our brews.

PubScout: Do you plan other beer dinners with other restaurants and brewpubs?

JK: Yes tons of them, they just don't know about them yet!

PubScout: What was the thinking behind setting the date as Feb. 29?

JK: We wanted to do it on a Monday, and that date gave both breweries enough time to prepare.  There really wasn't any leap day significance.

That will likely disappoint lovers of Sadie Hawkins day, but the menu they are putting forth should soften the blow. 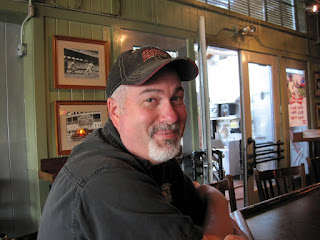 At an all inclusive price of $65 it should prove to be worthy of Sella’s storied beer dinner history. And for those who have not yet sampled Cypress’s wares, you’re in for a treat. The fun starts at 7 PM, though many of the old-timers gather around the bar a bit earlier to, um, get it started properly. Feel free to join us.