Re-Branding The Office in Morristown 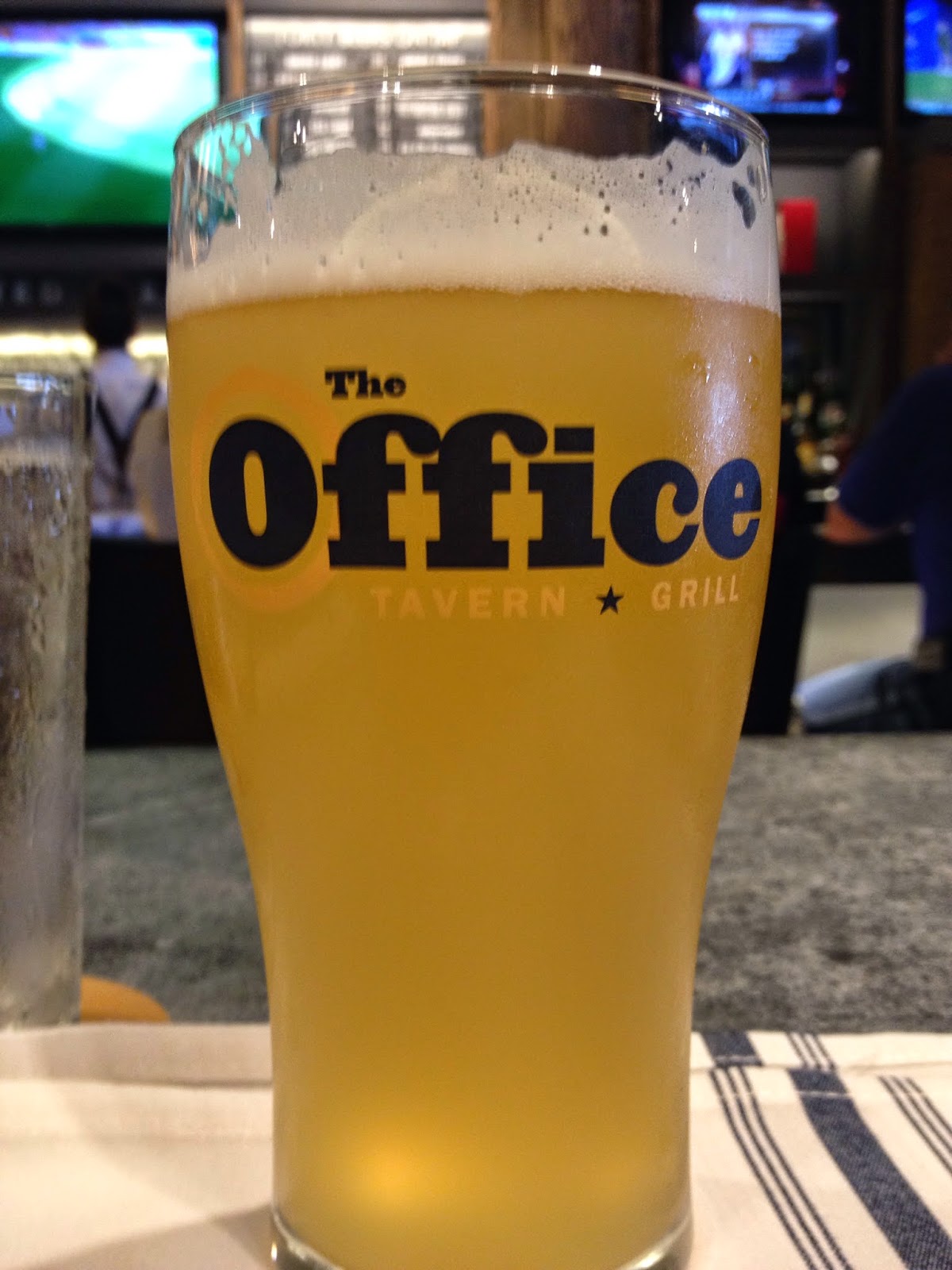 The PubScout's involvement with The Office Beer Bar goes back some seventeen years. That's when my story, "From Bouncer to Boardroom" (formerly "Working Late at The Office") came out. John Augustine brought The Office chain into the world of craft beer, insisting that everyone who served it knew what they were serving and why. The current ownership of The Office chain has changed from when Augustine was in charge, but the emphasis on craft beer has remained.

More recently, some beer tastings and a beer dinner at the Bridgewater Office  have been very well-received.

So when I learned that The Morristown Office was re-opening after an extensive (and expensive) renovation, I had to make the trek up 287 to check it out.

Morristown, like Hoboken, is decidedly upscale. And handsome, well-attired (and apparently well-heeled) folks of both sexes traverse its sidewalks lined with fine bars, shops and eateries. But Morristown, unlike Hoboken, has streets that have actually been paved and resurfaced within the last 100 years, which makes traversing them better for both cars and drivers. And to my knowledge, the detestable practice of "booting" cars is not done as it is in the Mile Square City. Parking-wise, three quarters will get you 90 minutes of street parking time, which doesn't border on the usurious.

First, the physical plant of this now two-floor Office was completely gutted. The owners spared no expense to re-fit it properly, including all the decor and accoutrements that were custom designed for just this place--with artwork, beer boards, stools and chairs being updated. This two-level beauty, with al fresco dining at the street level as well, is a treat for the eyes. The dramatic bar and its forty beer taps are every bit as attractive as the TV's embedded in it.

But what about the palate? The menu items are extensive and not wildly expensive--all made under the capable hands of Executive Chef Kevin Felice. (Is there any place you won't find an ALJ high school grad in a power position?)

Because of the nature of the occasion, some of the Office's hierarchy were in the house, like VP Steve Buliva, GM Steve Hedden (there's always a wrestling connection, too, as one of his relatives wrestles for the storied South Plainfield program) and Marketing Manager Kathleen Janssen, whom I had met previously at the Bridgewater Office. The men were more than accommodating and friendly, not officious or condescending in the least; Kathleen was equally so and nothing less than radiant.

Ditto the servers, like Dawn, the barstaff like Cat and Patch (I didn't ask how she got that name) and every other employee in the place who wore constant, genuine smiles.

I soon learned that their attitudes filtered down from the top in the form of a quite friendly and unassuming guy who owns the entire chain of 40 North Restaurants
--Mr. Michele Scotto. Mr. Scotto, an Italian immigrant, opened his first pizza store adjacent to the Ed Sullivan theater in NYC fifty years ago and is celebrating that benchmark come September 11. No pretense, no "big-shot" attitude with him. Just a warm and friendly guy with a comfortable avuncular presence. He and his sons and grandsons are "hands-on" owners, insisting on a quality upscale/casual experience for their customers in every way.

After grilling Kathleen about the place and its 95 employees, I asked her what I should order.
"The Crispy Chicken Sandwich is to die for, but if you're into burgers, the tavern burger will amaze you," she said. "It has a homemade special sauce on it that's so secret, Kevin won't even let me know what's in it."

So I called Kevin over and asked him outright. Perhaps, remembering the inconveniences of after-school detention, he told me. But my lips are sealed.


At Kathleen's suggestion, I ordered the chicken sandwich, then asked my server Dawn what beer she would recommend with it. "Allagash White would work," she offered, and she was right. It appears that emphasis on beer education from John Augustine's days is in full vigor. The pairing was absolutely delicious. My table neighbors had raves about their selections, as well.

When I ordered a Dogfish Head Midas Touch for dessert, I noted that it came in the appropriate glassware. I asked Dawn how she knew to put that beer in that glass, and she stated candidly, "I didn't. That stuff is all computerized when we put the beer order in." Beverage manager Russell Zimmerman must be a visionary. Neat.

So what are this bar's prospects for success? Very high in my opinion, given its business model, its attention to small details, its food, its servers and its management. Not to mention its "catchment area" of Morristown.
"This is the brand now," says Kathleen. "This is the future of The Office. We purposely hired passionate foodies and beer nuts. Everything is created in-house. And our original 87 seats became 178 seats."

The formula must be working, because at opening day lunch, the customers just kept filing in, and I didn't see too many empty seats. She also said she plans to host some beer dinners in the future which will likely increase traffic.

Next on the list for major renovation are the Summit and Ridgewood facilities. If those plans turn out anything like the Morristown place, more and more people will be telling their spouses the line I coined as a headline in the old Beer and Tavern Chronicle way back in 1996 :

Sorry, honey, I'll be "Working Late at The Office."