Year-Old Imperial Stout at Uno's Worth a Trip 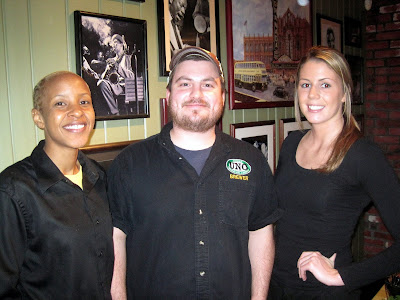 I stopped by Uno's in Metuchen today for a quick lunch. When I asked Brewer Chris Percello what he had on tap, he initially said "Scotch Ale," which would have been fine with me.

Then he added, almost as an afterthought, "I also have a keg of one year-old Imperial Stout, if you're interested." I allowed that I was.

And if you're a stout lover, you should be, too. Keep in mind that at 9%, it packs a serious punch, so be sure to eat something with it, as I did. (The breadstick was very tasty, too.)

The stout, however, was exceptional. Imperial Stout Lovers, I'd suggest getting over to Uno's before that keg kicks, or you'll be kicking yourself.