Throwback Sunday--Blizzards and Beer and a Pioneer 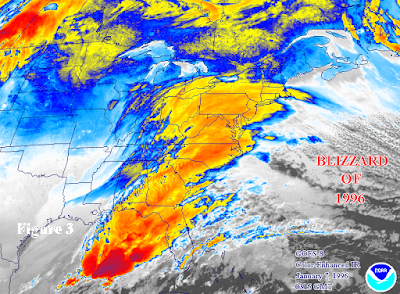 I just got finished shoveling and snowblowing after Winter Storm Jonas, and the accumulations reminded me of a storm back in 1996, before they had any fancy names attached to them. The reason the memory was so clear was because it took me three whole days to dig out of that white monster, as I had no snowblower at the time, and my lads were too small to help. Schools were closed for three days, and virtually nothing moved. 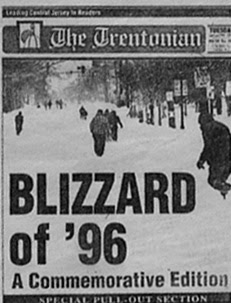 It was exhausting, slow work, digging three or four times in one shovel spot just to get down to pavement. So I needed a break every so often. And, as it happened, the night before the blizzard, I was sent  by a "brews paper" editor on my first-ever beer writing assignment ever to cover a beer bar in Highlands, NJ called Gimpi's, which is no longer there. I had answered an ad for an "Experienced Beer Writer Wanted" in the back of that periodical. That I had no experience whatsoever at beer writing did not deter me. I thought it would be fun

Whenever I took a break from shoveling, I'd scurry up to my attic garrett to sit, rest, have a beer and write a few paragraphs, then get re-dressed to go out and shovel. And all the while I was shoveling, I was thinking about what I wanted to say--and how I wanted to say it-- in my first published article. 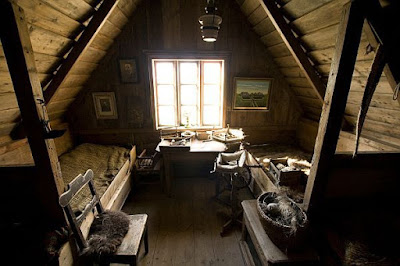 It took me all three days to get it just right. And I thought it would be fun to republish it after twenty years in the business and share it with you. It has been a wonderful journey for me, and I'm not just talking about the NAGBW Awards I have won. I have been invited to remarkable places to drink remarkable beers. But above all, I have met so many remarkable, wonderful folks who are part of the craft beer scene--brewers, owners, movers and shakers in the beer industry-- but above all are the many good, down-to-earth, craft beer lovers with whom I have bent more than a few elbows.

Many major news outlets are now jumping on the beer- bar-visiting bandwagon. Some outlets are just discovering beer bars and pubs I reported on more than decade ago. And while I'm happy that more publications are alerting beer-loving readers to the many wonderful bars, brewpubs, microbreweries and restaurants out there, I take some pride in being a pioneer of the genre.

So sit back, grab your favorite microbrew and see where this wonderful journey into the beer world began. 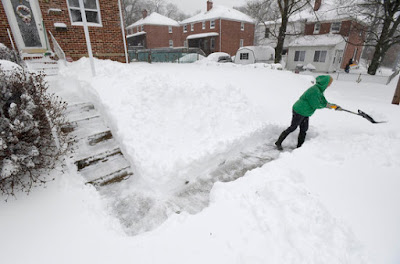 Then get back out to shovel.

Any beer person who believes that a good beer pub has to have gleaming brass railings and stainless steel tuns visible through a glass windowwall should probably not bother visiting Gimpi's Food and Spirits in Highlands, NJ.

Gimpi's, named for a dentist who broke a leg skiing (his original cast still hangs on the wall) is located on Bay Ave in the little Jersey shore town of Highlands, just before Sandy Hook.

Bay Ave is not that long, but you can tell you're getting close to Gimpi's by two signs: one is the plethora of cars parked out in front (and around the back) and the other is an unmistakable yellow lighted picture of the erstwhile, but unfortunate, gimp legged dentist. And there's a profoundly good reason for the crowds.

Gimpi's is fun, friendly and sports a beer list worthy of any beer geek's attention. Over 100  bottled brews are available from an impressive list in constant flux. Owner (and Gimpi Son) Cary Lazar is well versed in the intricacies of brews and micros, although his responsibilities are in the kitchen. A graduate of Tulane University in New Orleans, he began his quest for beer expertise in college. His partner and brother Blair is in charge of the brew side of things. Cary, whose all time favorite beer is Abita Turbo Dog, serves as a consultant on the beer menu.

These guys know what they're doing, too. The list includes some famous and not-so-famous-but-outstanding brews. American brews occupy the lion's share of the menu, but there are choice offerings from Belgium, Canada, England, Germany, Switzerland and even Turkey. Australia, Japan, Jamaica, Ireland, Korea, China, Denmark, Thailand, Mexico Holland and New Zealand round out what appears to be a UN of beers all working in a peaceful harmony among the general assembly.

Many standard bar brews are available from Bud Light to Coors to Sharp's, but owner Lazar says that the microbrew explosion is very evident in the changing tastes of his diverse clientele. That diversity was clear at 7:30 PM.

There were tables with families and young children, senior citizens, couples and groups. The big bar (there's a half bar joined to the raw bar) contained more singles, but also showed some of the aforementioned mix. There was also a distinct, but not unpleasant, difference in the atmosphere between the bar and dining areas, although they are not separated by anything more than a few feet of space and a noticeable difference in temperature. The room is lively with the mixed sounds of conversation, clinking glasses and the unobtrusive noise of many TV's tuned to news and sports and a big screen video display.
Gimpi's has a friendly and efficient service staff. All were easy to talk to and, bartender Gary Braverman was not only knowledgeable about his stock and trade, but you got the feeling you were talking to a carbon copy of superstar Michael J. Fox. Our server, Natalie, was prompt, efficient, knowledgeable and personable. We did not get to sample the talents of server Melissa who bears the title of "The Waitress with Personality," but if she had more than Natalie she must be as hot as Blair's Death Sauce. That's a special hot sauce for wings which is so potent, the pub issues a disclaimer right in the menu which refuses to accept responsibility for what happens to those brave enough to try it. So powerful is it that Cary and Blair will pay for your order of hot wings if you dare to finish them. They're called, appropriately, "Wings of Death."
Indeed, the tastes of the public seem to be leaning toward beers and away from "hard" liquor and toward micros specifically. Owner Lazar confirmed that saying, "People are willing to spend more for a big bottle of Rogue rather than an equivalent or less amount on shots. Noboby 'does shots' anymore."
And if it's Rogues they want, Rogues he's got, from Santa Reserve to Dead Guy to Mogul to Shakespeare Stout. He also offers the neat, small (and expensive) blue bottles of Sam Adams' Triple Bock in both '94 and '95 versions. A couple of Blue Moons, Celis, Rhino Chaser and North Coast's Red Seal are prominent on the list. Of course, Pete's Wicked is available in various styles as is a healthy repertoire of Samuel Smith's brews, including the outstanding Winter Welcome.

Speaking of overseas offerings, the serious Belgian lover can get Corsendonk, Chimay and Chapaue Banana, or Sterken's Kruikenbier or Porter in their own handmade crocks. Switzerland's Samichlause, brewed just once a year on December 6, is a special treat. Fuller's E.S.B. and Young's Old Nick Barleywine are there for the British fancier, too. On this particularly cold night, I would have enjoyed a Young's Winter Warmer, but with all those others present, who's complaining?

Germany, not to be outdone by any nation, contributed titles like EKU Hefe-Weiss, Pschorr's Weiss, Pilsener and Oktoberfest and Pinkus Pilsener.
And while the bottled beers were indeed the winners in the quantity department, the draft beers made an impression on this writer. On the night in question, the beer drinker had a choice of Pete's Wicked Winter (which, unsurprisingly, ran out) Oregon Raspberry Wheat, Franziskaner Weiss, Bass, Guiness Stout, Sam Adams' Winter Lager, Yuengling's Black and Tan, Wild Goose AND Snow Goose, and Pilsener Urquell.  Of course, Bud, Coors, Molson and Killian's Red got their share of attention, too.
Entertainment kicks in at about 10:30 (when the Generation X'ers start to filter in) in the form of various rock bands on Friday and Saturday night. According to Cary Lazar, Wednesday nights and the weekends are the busiest times in the winter, but the warmer weather and the proximity of Sandy Hook make Gimpi's a magnet for quaffers and sunworshippers as well.

In all, Gimpi's Food and Spirit's is well worth the trip, especially if you go with a group. The variety of brews, the portions and value of food more than outweigh the lack of "brewpub" style furnishings and accouterments. Its motto, boldly imprinted on the shirts of its sixteen employees is "Life is too short to drink cheap beer." How true.
I'd be real careful about the Wings of Death, though.
Come to think of it, there are worse places to die than in a friendly, clean pub surrounded by hundreds of excellent brews.
And Michael J. Fox.