O-Fest Beer Dinners Are Some Racquet

There is a first time for everything, apparently.

While The PubScout has hosted many beer dinners, Oktoberfest and otherwise, they have always been at restaurants, pubs or brewpubs that are open to the public. The one I hosted on October 11, however, was at a private establishment--The Racquets Club of Short Hills.

The result, however, was the same. Great food, great beers--all from NJ--some raucous singing and stories, German lessons, a laughing, loud and fun crowd and a Masskrugstemmen contest all combined to make a memorable night for all.

The dinner was the brainchild of club bar manager Maria Varga, who, while having hosted wine dinners, had never ventured into the world of craft beer and food pairing. Her working relationship with Racquets Club Pool Manager John Foscolo, beer connoisseur and wrestling coach (how's that for a pairing?), made her contact yours truly. I explained that my mission was to make the general public aware that (if I may borrow from Shakespeare's Hamlet) "there are more beers in Heaven and Earth, Horatio, than are dreamt of in your philosophy." And they almost all go well with various foods. 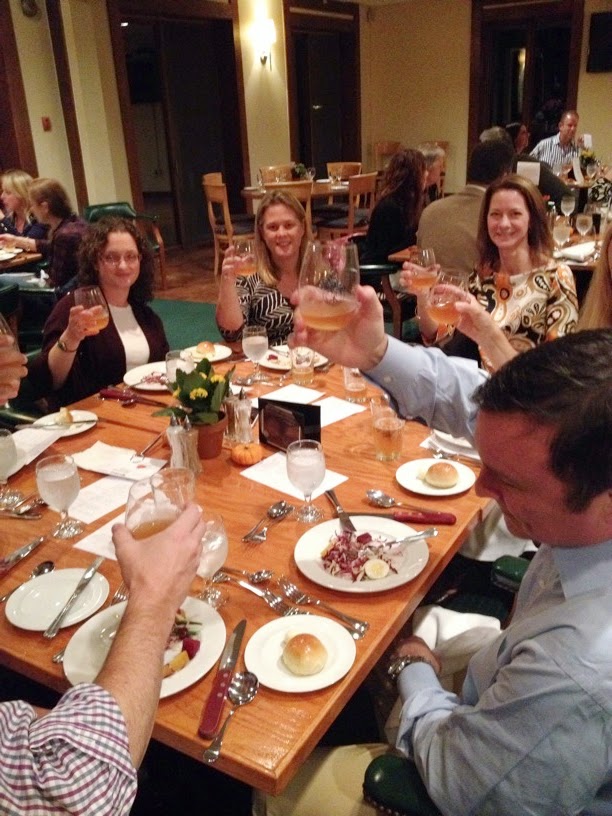 Utilizing her floor and kitchen staff to efficient perfection, Maria came away with her perceptions about beer altered, and all for the better. She did note that the atmosphere at the first-ever beer dinner was markedly different from the usually sedate nature of the wine gatherings. So, whatever the opposite of "sedate" is, that's what this event was. And it was great fun.

A healthy mix of men and women, all club members, gathered to learn about how to taste beer, and more importantly, how to enjoy pairing it with food. Chef Jose's menu was creatively and excellently drawn up and delivered. It consisted of five courses, each course paired with a Jersey beer. 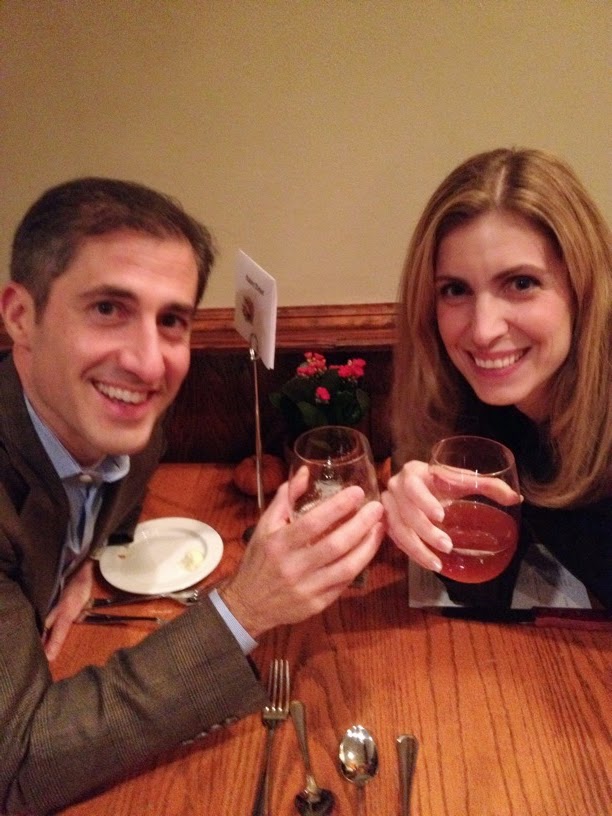 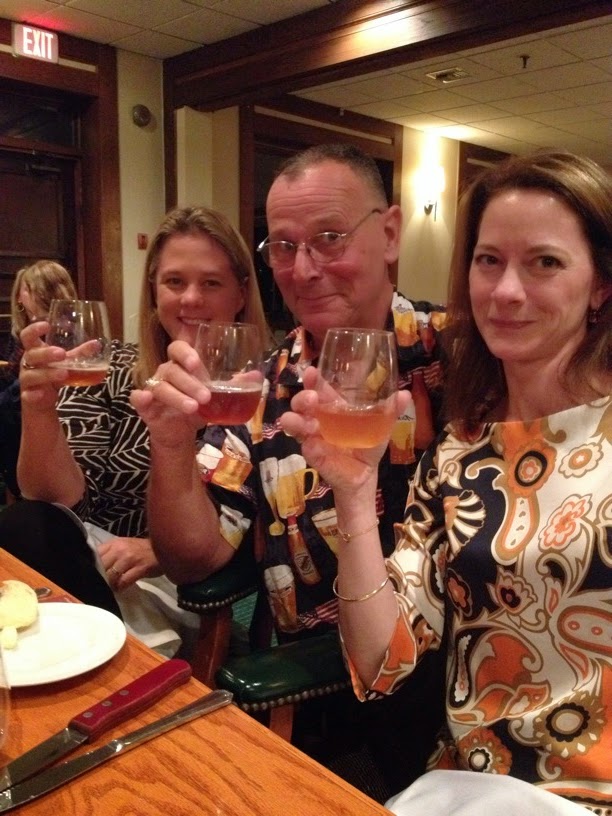 Eight brave, game (and possibly beer-emboldened) guests, six men and two women, came up for the Masskrugstemmen contest, and their efforts were applauded by the attendees whose camera phones were clicking wildly away. The winner received a free invitation to the next beer dinner at the club, courtesy of Maria and Ken, the club manager.

The Pub at the Racquets Club is ideal for such events, with its open, yet cozy layout, and the bar itself is on a kind of stage where great bars and great beer drinkers belong.

My only disappointment came from the realization that such great food and beer in such a great place was not open to the general public, though Ken advised that an entrepreneurial promoter could rent out the beer-dinner-friendly pub for more events like this. Still, those lucky souls who did come out had a "night to remember," according to John Foscolo, and another such session is in the works for the Spring.


I don't know if there's a waiting list to belong to the Racquets Club, but you can't say you didn't have time to inquire. Just ask for Greg, Maria or Ken.
And you may be lucky enough to attend the next beer dinner as a member.

Provided, of course, that it's not sold out.
In that case, you can opt for "sedate."