Author's Note: Following the links in this story will enrich your appreciation of it.

The annual GABF is history now, and Denver can return to normal (whatever that is).

But big props are certainly due to Kane and Flying Fish, the only two Jersey breweries to bring home those coveted Gold medals, according to news releases.

In actuality, however, there is a third "Jersey" winner of Gold. Tom Baker, who with wife Peggy, owns Earth, Bread and Brewery in Mt. Airy, PA (Philly) won Gold for his Perkuno's Hammer Baltic Porter. Tom earned his brewing bones in Jersey, however, when he launched Heavyweight Brewing in Ocean.

It was there in the year 2000 that he and Beer Nut Lew Bryson gave birth to Perkuno's Hammer, a Baltic Porter that was a big Jersey hit way back then. Read that Perkuno's Hammer story here. It's almost like being present at the birth. Some great writing there... 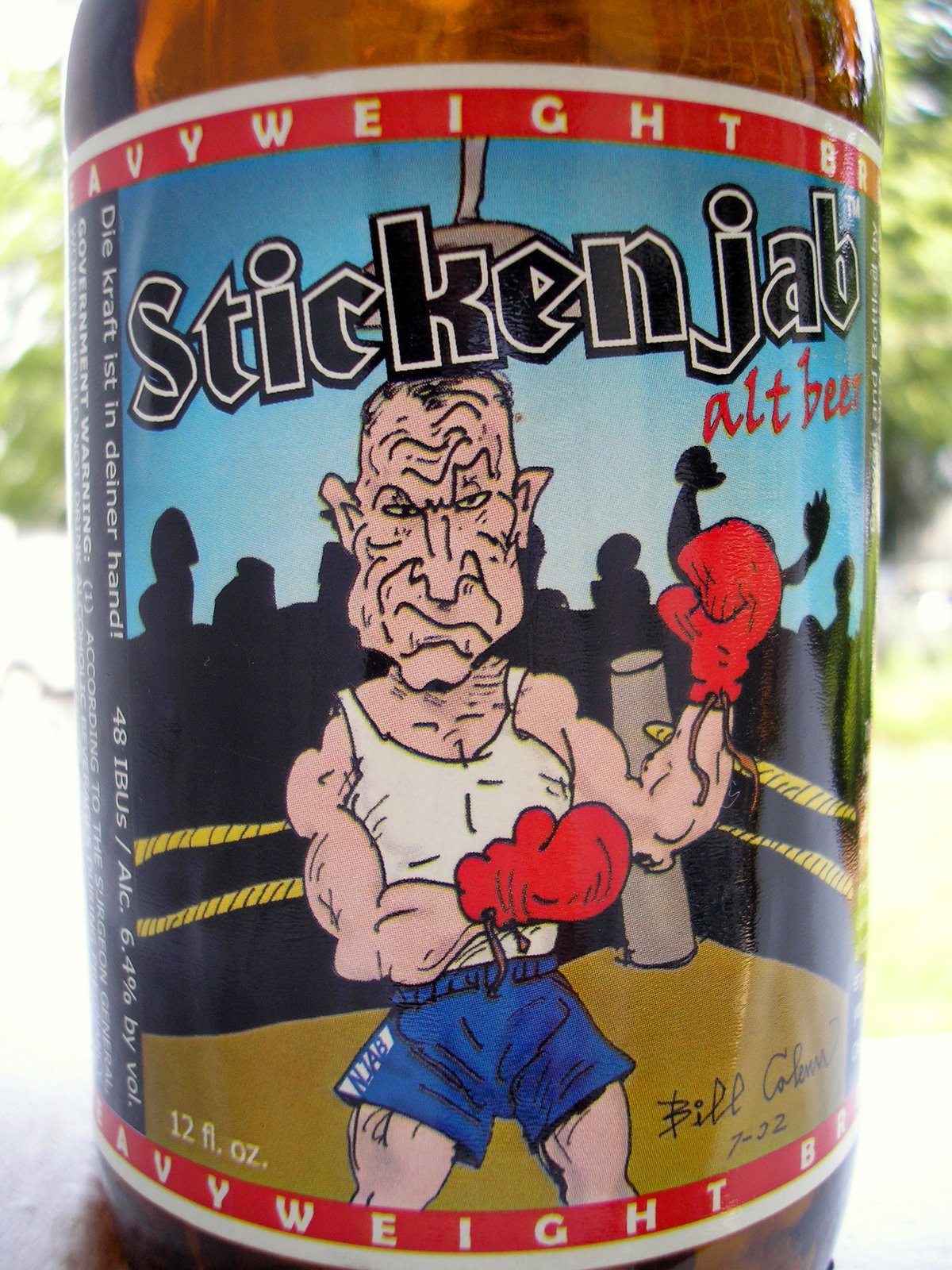 The PubScout applauds all those who are doing wonderful things in the beer world.

But let's not forget those who write about it, either.
For how else would the world know what to drink?

(And how ugly is that dude on the bottle? No wonder the beer was retired.)