So there I was, tooling on two wheels around the scenic Round Valley reservoir, sensing the imminent arrival of Autumn on a sunny, clear, but cool, day. It was 2 PM, and my stomach said it was time to ingest some sustenance. My aging bladder was singing a different tune, but both needed to be heeded. 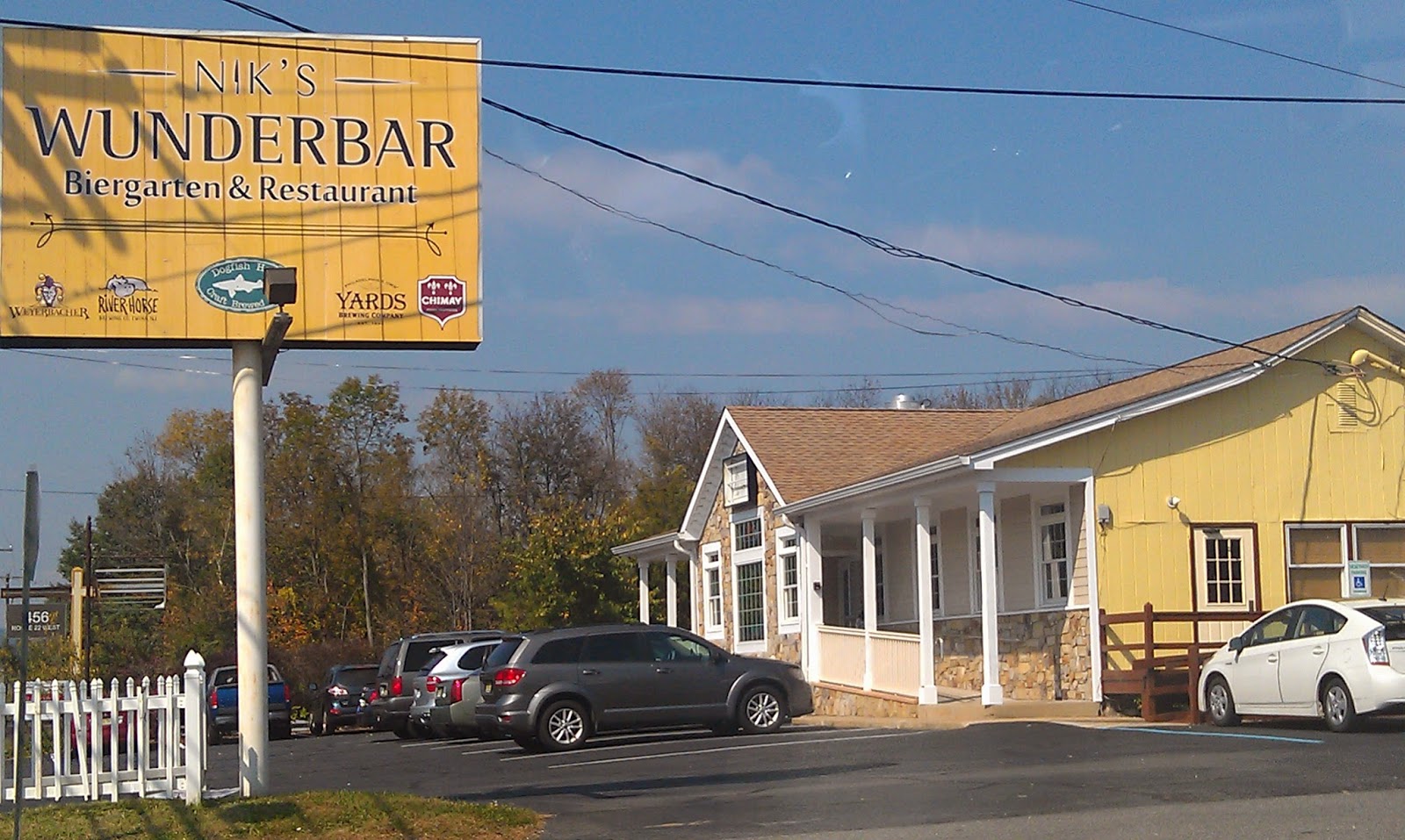 Coming out in Lebanon, I swung onto Rt. 22 East, remembering that I had passed an interesting-looking place not far from there a few weeks ago.
Nik's Wunderbar, it was called, and, with it being a German-themed place and this being Oktoberfest time, I figured to kill three birds with one stone.

On a Monday afternoon at 2 PM, the place was pretty much empty, but the bar had some impressive taps, and pretty Michele was behind it. She greeted me with a friendly smile, and we chatted for a bit about the place, the food and the 37 beers--many of them German-- on draft.

You can't order a BLT, a burger or chicken fingers in a real German place during Oktoberfest (well, you can, but it's almost sacrilegious). That's like ordering a Corona in München in September.

So Michele suggested a Krainerwurst sandwich platter, which I had never had. Krainerwurst, according to Karl Ehmer, is "a garlic flavored sausage with Slavic origin. Also known as Smoked Bratwurst, if you like smoked meats, you'll love Krainerwurst."

Karl was right, in my case. But the added attraction on this platter came in the form of two large homemade potato pancakes, which were absolutely incredible. Michele allowed that Nik's Wunderbar sells 3,000 of the pancakes a week, and that's not including the local organizations that often order 1,000 at a time. The job of Kartoffelpuffer Koch is obviously a full-time gig.

With the Krainerwurst sandwich, potato pancakes, apple sauce, sour cream and mustard for condiments and a pint of Hofbrau Oktoberfest, it was a meal fit for a König. But a König's ransom wasn't required to pay for it, with the total bill coming to about $14.

My "Secret" MC club on Facebook, the PBBC (PubScout Beers and Bikers Club), will be stopping here for sure. If you're about German, good beer and good food, you should stop here, too.