Mike Cerami, JJ Bittings' owner and point man for the annual Central Jersey Charity Beer Fest, either has compromising pictures of the Weather Gods, or he needs to check his shoes for dog droppings.

On an absolutely sparkling day--perfect for a beer festival in the cozy confines of Parker Press Park--hordes of beer lovers paid $25 for the privilege of enjoying a superlative collection of beers, all while donating to the cause of young Megan Knight who was diagnosed with an inoperable brain tumor. Proceeds for the fest would go directly for her care. 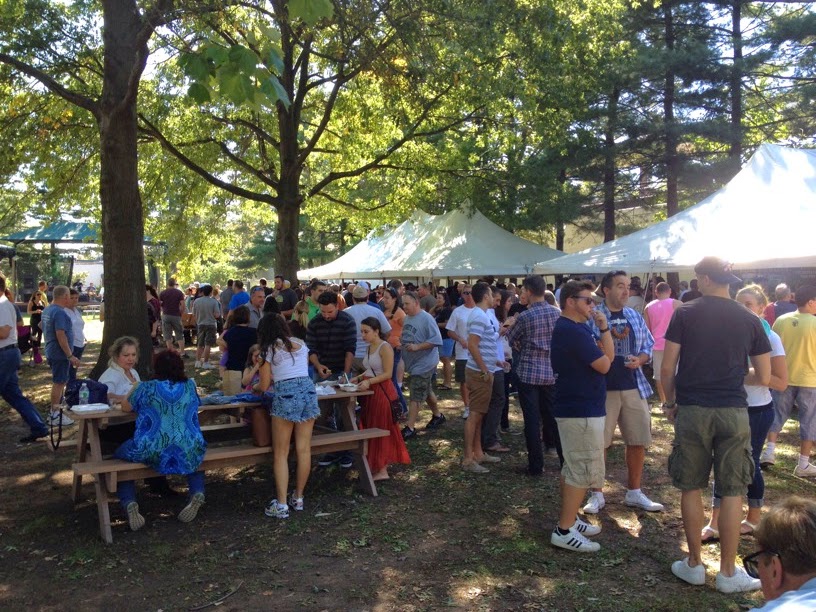 Cerami, whose string of perfect weather days seems to go on forever, targets a worthy, deserving cause for his annual festival, and it's usually a most successful affair. Bands, food and, of course, beer from various brewpubs and breweries in the area highlight the day. This fest would be no different.

Newcomer to the fest, now in its eighth year, was The Long Valley brewpub, joined by Cricket Hill, Uno's, Tun Tavern, the always popular Boak's and host Bittings. Also, beermeister Gary Rosen, saw to it that Sam Adams, Clown Shoes, Captain Lawrence, Hebrew and Brooklyn all had beers to proffer.

The lines were long for Tun's Apple Stout, but not much shorter for Bittings' award-winning Bad Boy Oktoberfest and Boak's. In fact, all the vendors got a workout all afternoon.

Woodbridge Mayor John McCormack was on hand, and pulling drafts at the beer lines were three Woodbridge Councilwomen, a testimony to Cerami's persuasiveness--and to the propriety of the cause. Cerami manages to engage the entire community as well as the body politic. He's done it for eight years, and plans to continue for many more.
"It's a way to give back," said Cerami. "You shouldn't go through life with two catchers' mitts."

What separates this fest from others--apart from its worthy charity target--is the attitude of the festgoers themselves. They are mature, laid back and engagingly amicable. I sat with a few blokes who were not only happy to chat about beer, but who willingly shared their huge hoagie with me. 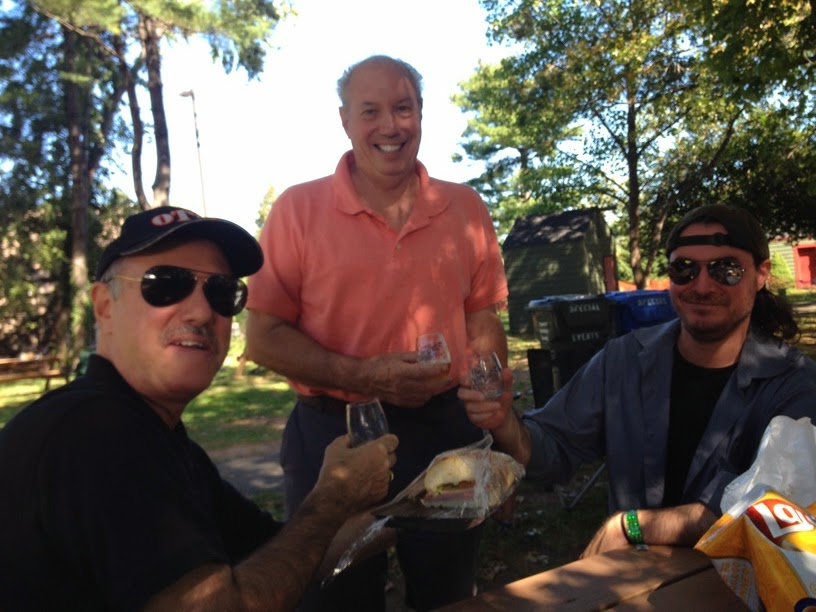 Guys like those are the reasons I--and apparently hundreds of others-- go back every year.

Because you meet the nicest folks at beer events.

Author's note: I received this email from a very beer savvy guy who was at the Fest.


It was truly a great day. I was so happy that I was finally able to come. What it may have lacked in food selection and even beer selection as compared to larger more popular events, it more than made up for in ambiance brought together by the people, the small home town park, the beer, the music and the wonderful weather. Woodbridge is not my home but I felt at home there last Saturday. I hope to return.

I ABSOLUTELY agree that everyone we met there was sooo convivial--including the servers! Nice meeting you, and you have gained a few more followers for your web site and blog. This is going to be fun!