You could be forgiven if your first impression about Paragon Tap and Table is that of a cruise ship. Its location six feet above your head and the gleaming white railings that surround the entryway brought back embarcation memories for me. That I was about to embark on another beer-dining adventure seemed to validate the analogy.

Set in the back of a large shopping center on Central Ave. in Clark, Paragon Tap & Table is designed as a gastropub with Chopped Champion Chef Eric LeVine at the helm.

Actually, the accomplished Chef LeVine is the culinary captain of another ship in Randolph, NJ called The Morris Tap and Grill, and he has earned more awards for his culinary artwork than there are beers on both places' menus.

And there are many of those.
Always searching for good beer, good pubs and good people (hey, it's what I DO!), I took the run up the GSP with the missus to partake in the "soft opening" of the PT&T, which is very much like a mighty ship's "shakedown cruise." At this event, the owners, managers, chefs and servers get to prove themselves under pressure, and last night the place was packed and the pressure was palpable. 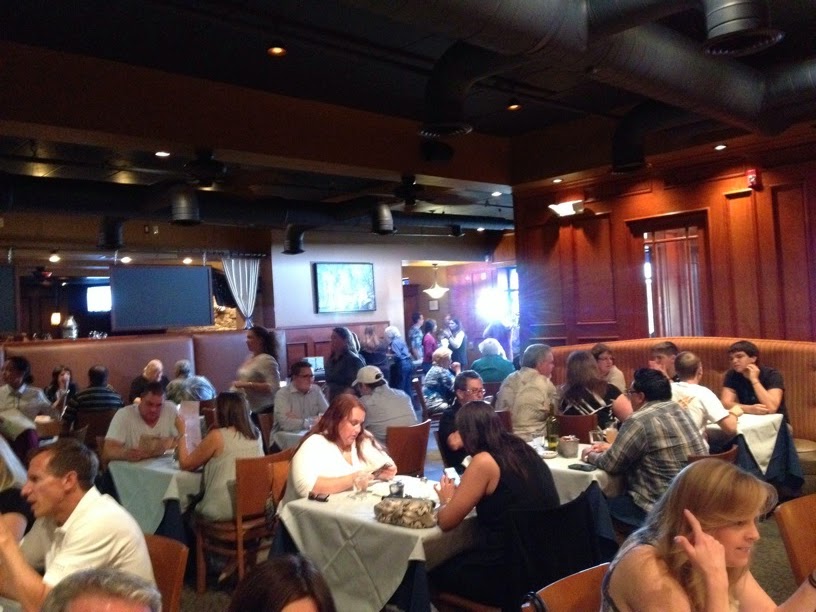 My group of five arrived at about 6:30 PM after Line Chef Dana Tirico garnered us a reservation. The first thing the pleasant hostess told us in this upscale ambience was that they had run out of menus.

No biggie. That's what shakedown cruises/soft openings are meant to do: learn what needs attention.

And General Manager Mike DeSimone handled that issue with efficiency and aplomb.

Besides, if we could wait while sipping one of the nine outstanding beers on the menu (there will eventually be twenty), who's going to complain? I opted for the River Horse Hippolantern Pumpkin as did two of my friends, while the missus, coming off her diet a bit, enjoyed Ommegang Witte. Rachel, not yet of age, chose a Sprite. Michael confided that he had special access to other beers not yet generally available, and the lovely and ever-welcome Duchesse de Bourgogne joined us at the table. 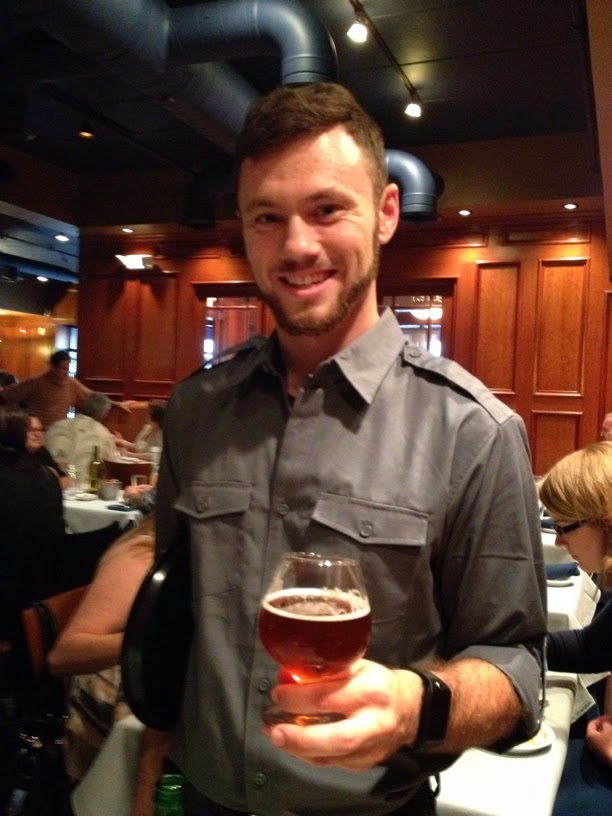 Our server, Craig, was a model of efficiency and politeness. A very affable young man who had come down from the Morris facility to assist those in training on this night, he was a great choice to represent this new launch.

While it took a while for the kitchen and staff to get their "sea legs," (another given for a soft opening) when the food arrived it was simply incredible. Everyone in my group raved about their food. I had Pork and Pear Ravioli that was both unusual and delicious. If you read the link to Chef LeVine above, you'll know that such creations constitute his calling card.

Like a cruise ship, PT&T is decidedly NOT the place to be on a diet.  The food at PT&T is as much a delight for the eyes as it is for the palate, from appetizers to entrees. And part of the staff's training will be to learn which beers complement which dishes best. That policy is already in full effect at the Morris Tap and Grill. 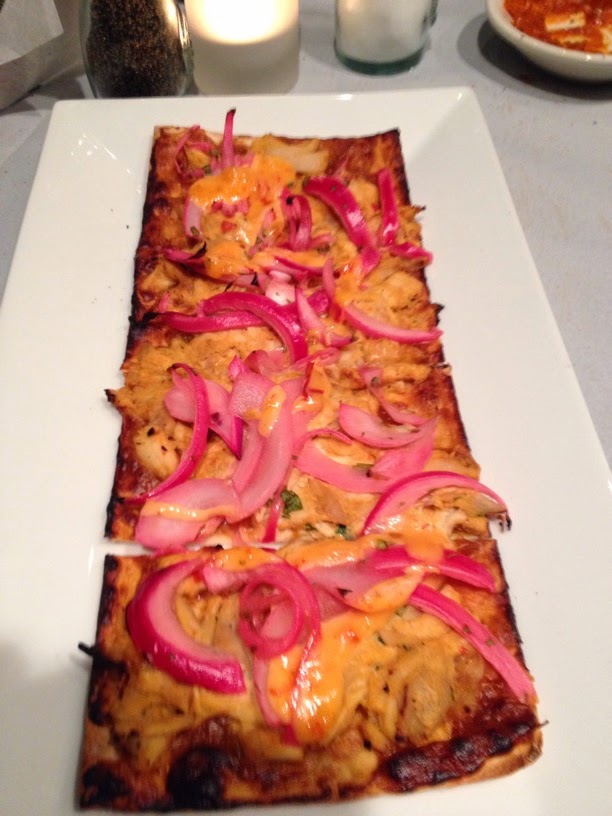 The big question is how Chef LeVine will be able to captain two ships at once. Given that he has overcome obstacles far greater, I have no doubt he will manage it.

Many couples choose cruises as a honeymoon trip. With outstanding food of high pedigree and exceptional beers flowing, I have a feeling that the Paragon Tap and Table Honeymoon Cruise will last a long time.