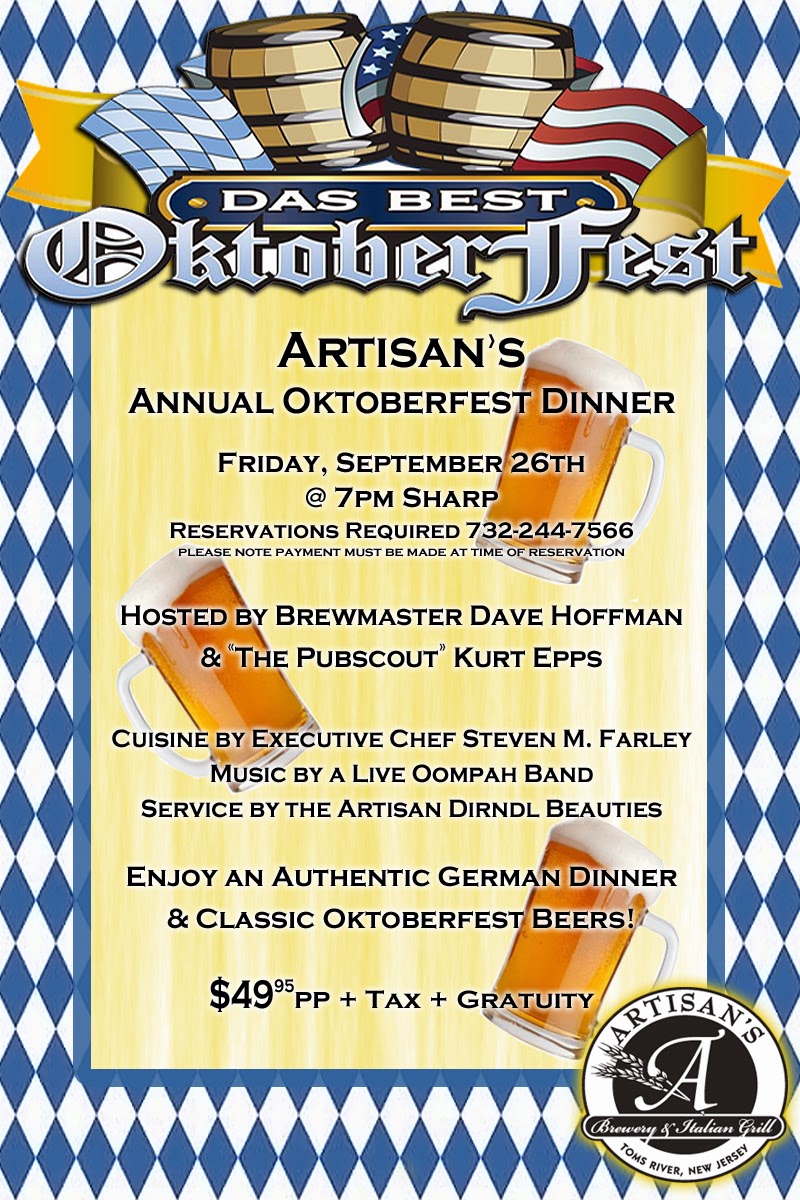 The folks at Artisan's Brewpub in Toms River can be rightfully proud that their O-Fest is still the largest in the Garden State, having attracted as many as 115 festers at one sitting. But there are sound reasons that the team of The Petes, Steve Farley and Dave Hoffman hold that distinction.

The first reason is the Petes' dedication to quality, service and fun. That Artisan's is one of the classier venues around doesn't hurt either.

The second is that Chef Steve Farley is simply a culinary wizard who shares the same passion for his food that the Petes have for their restaurant.

The Third reason is Der Braumeister himself--Dave Hoffman. His beers are made to style--true style--and he takes the same pride in his product as the first "two reasons" do.

When you wrap them up in one package delivered by the stunning (and stunningly clad) Dirndl Beauties, provide an authentic Oompah Band and then charge less than $50 pp for a fun-filled evening, it should come as no surprise that the Haus gets packed. 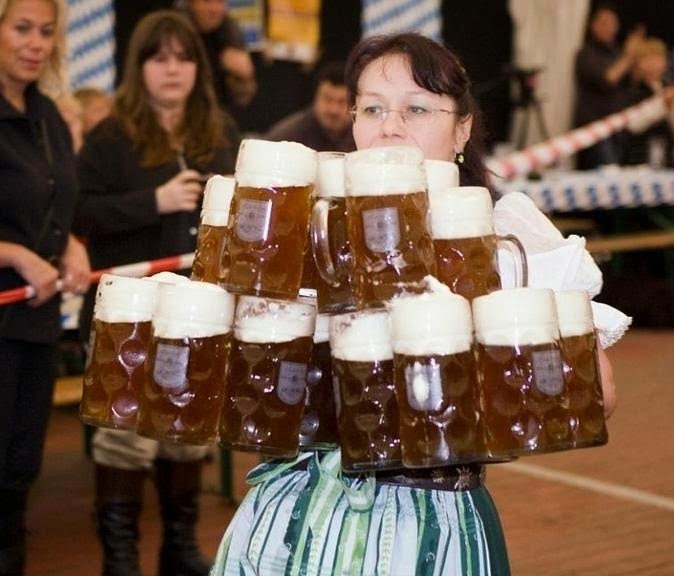 Part of that fun this year will be a new wrinkle--a Masskrugstemmen (stein-hoisting) competition to see who among the guests can hold up a 1-liter stein of liquid the longest. The world record is close to 20 minutes, but having tried it myself, I doubt anyone will pass the 10-minute mark. Women are invited to join in the fun. After all, a woman once held the mark of 19 minutes plus. I made it all the way to 60 seconds before the Oktoberfest beer in my stein sang its siren song to me, so I drank it. The stein was much lighter after that.

I'm told there may be a few seats left. Do yourself a favor and call them.

After all, you can always sleep in Saturday.