Beer-wise, The Court Jester is No Joke

Finding it necessary, recently, to meet a buddy roughly midway between my house and his, I looked for a pub or good beer bar in the area. A few came up, but as I had visited them, I opted for a place I had never heard of: The Court Jester. 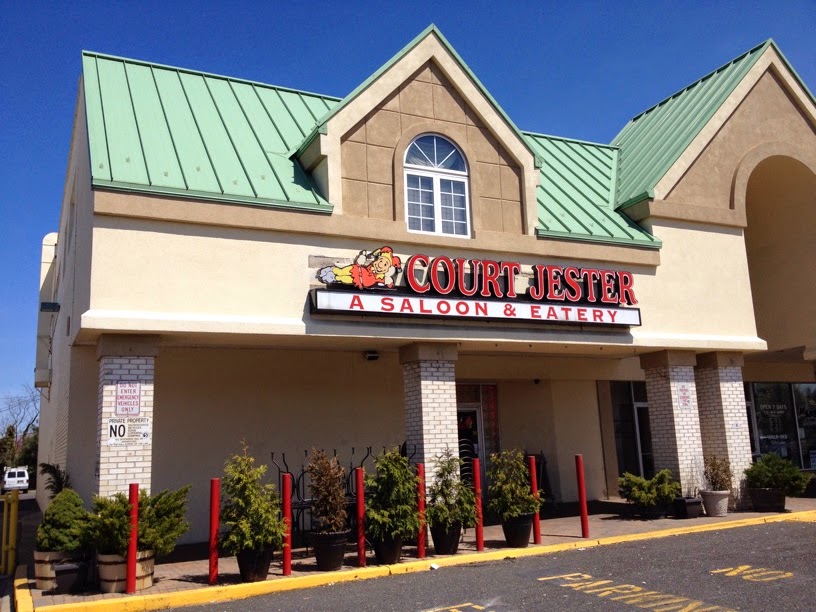 With twenty-five beers on tap, it beckoned; and its website revealed an interesting food menu as well. So I took a shot.
Turns out that there are two Court Jesters, one in Freehold and one in Aberdeen (nee Matawan) owned jointly by Mike Page and Ryan Jones. 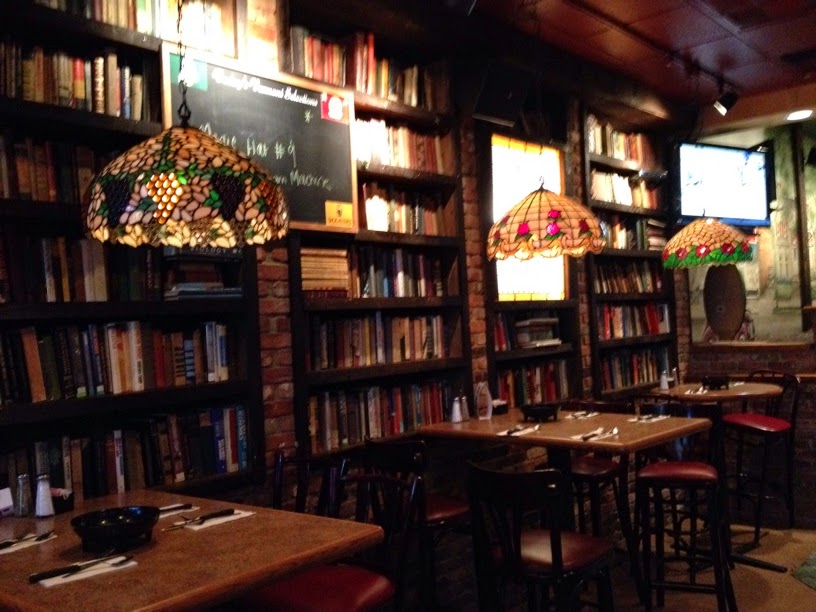 Located in a mall on Rt. 34, the Matawan Jester’s rather unassuming storefront belied its downright cavernous interior, walls lined with floor-to-ceiling bookshelves. Surrounded by so many books, I thought I had
inadvertently wandered into the Library of Congress. The atmosphere is most conducive to either bar interaction or private side discussions. It was a bar in which The PubScout felt immediately comfortable. 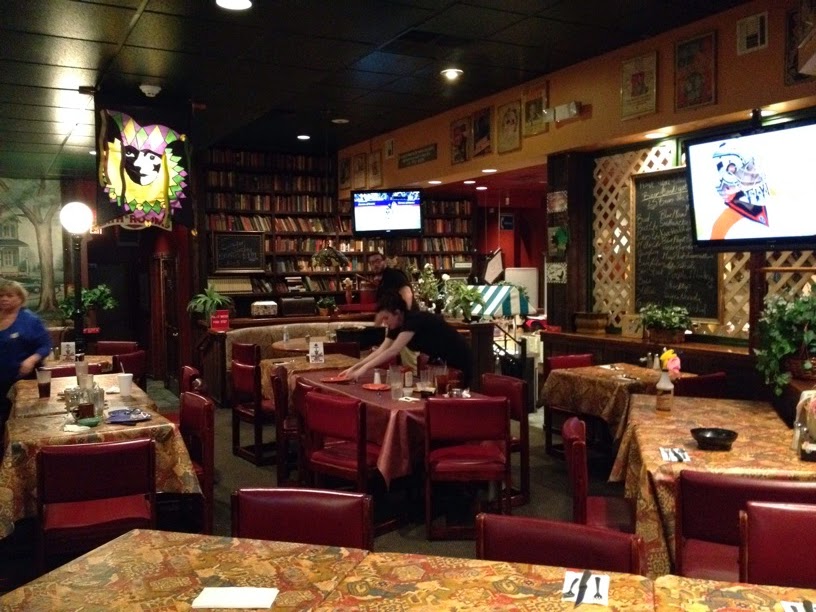 Ample bar seating and different rooms and levels make the place most inviting, though I was told that the Matawan site is considerably larger than the Freehold site.
Eleven-year manager (and fellow MSU Alum) Mark Ricca greeted me cordially at the door and began to fill me in on the Jester’s history.

The Jester was born in 1995, and has steadily increased its clientele in that time. “We get a great dinner crowd of varied age groups and a great late night bar crowd, a diverse group, with folks in their 20’s represented as solidly as those in their 50’s.
Another thing that has steadily increased, according to both Ricca and his high school buddy bartender Kyle Norek, is the number of patrons seeking better beer. The Jester’s ownership listens, and that accounts for the 25 tap beers available. Not only that, but the Specials Menu includes direct beer pairing suggestions, and if a specific beer is tapped, the knowledgeable waitstaff is sufficiently educated to suggest another that will pair as well.
The menu (which I haven’t sampled yet) has a wide variety of starters, salads, burgers, pizzas and fajitas, as well as full dinners of steak, chicken seafood and BBQ ribs. 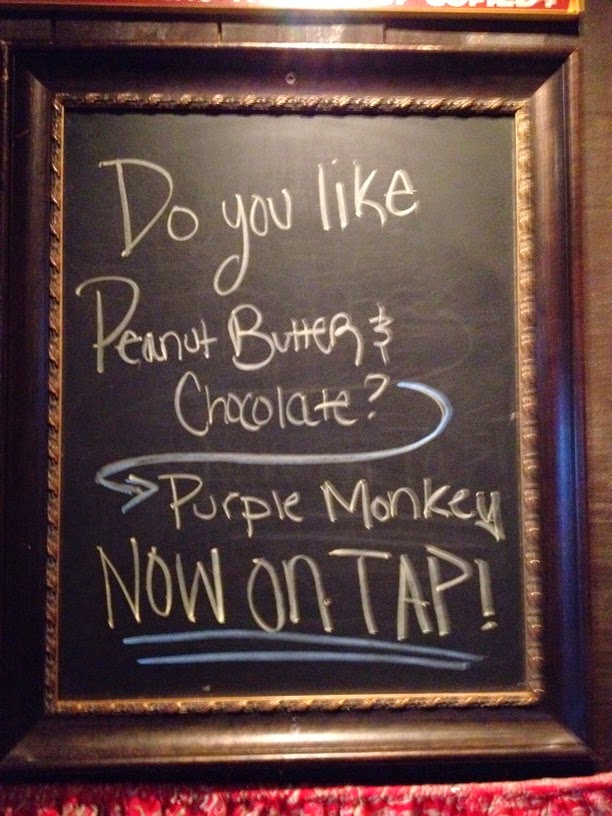 The beer menu had many beers I had tasted, as well as some I hadn’t—like Captain Lawrence FreshChester Ale, Evil Genius Purple Monkey Dishwasher and Magic Hat Elder Betty. Sam Adams Nitro Boston Stout being available, I went with that.
Rich Page is responsible for deciding which beers get featured, as well as what food gets ordered. Apparently Rich is on top of things, as even long-time server Heather commented on the dramatic increase in craft beer orders.

The PubScout will definitely revisit the Matawan site and absolutely scope out the Freehold site for the purpose of evaluating the food and beer pairings as suggested, and to determine how the beer menu has changed. The PubScout looks forward to a return.