What a Difference 15 Years Makes


There's a great sense of excitement and anticipation in going to see people you haven't seen for 15 years...which dissipates quickly when you discover they haven't aged a bit
--though you have.
Such was the case with my recent re-visit to The Brewer's Apprentice, now in completely new digs since its opening in 1998. Joellen and Penny must have found what Ponce DeLeon was looking for when they got into the beer-brewing business back in the day. And Mom Barbara, at 81, is still as pleasant as ever and sharp as a tack.
These gals, with roots in Perth Amboy, helped The PubScout brew his first--and only--BOP (Brew-on-Premise) beer--PubScout IPA. 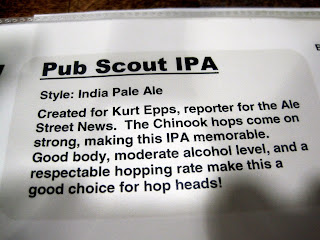 With my very young sons in tow, we shared a science lesson they would likely not get in school. But since we homeschooled our sons, with the missus at the helm from September to June, and me in charge in the Summer, the rules were different. My summer, my rules.

The occasion was the Brewer's Apprentice St. Patty's Day party, where admission and three samples were free. All three are in their copious collection of "Recipe Bibles" which give customers hundreds of beer styles to choose from, make and bring home. They also offer wine and mead recipes.
The beer process is still remarkably simple--pick a style (or tell them what beer you'd like yours to taste like) and with the help of brewer experts, make your own fresh beer. You'll measure and crack grain, add malt pitch yeast, boil and keg, though the kegging part is done by experts. You use their equipment and mess up their kitchen, not yours. And, as I wrote many years ago, the "women" clean up.

As Fate would have it, among the many customers brewing their own this day (John and Tina, John, Jeff, Erin and Maggie and others) was a family that had selected The PubScout IPA to make their own.
Of course, that called for a picture of the lucky family--Cindy and Jessica Reitman, Larry DeMegliano and Brian Toms--and yours truly. These fortunate folks can now download this picture here, and take it to any bar in the country. With this picture and enough money, they can drink good beer all night. 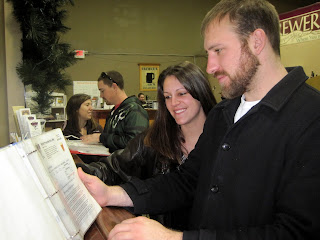 There was a packed house and good cheer all around, and nary a parking space close by--which is good. With love apparently in the air, many couples were in attendance, solidifying their relationships by making good beer together. After all, the couple that brews together,---never mind.

The PubScout is ecstatic that these hard-working women have not only become successful, but have retained the "personal touch" with their customers that made The Brewer's Apprentice so attractive so many years ago.

If you have ever had the itch to brew your own, but have been intimidated by what seems to be an alchemist's formula and having to acquire expensive equipment to get started, this is the place to go. Still, the least they could have done was looked a little older. Maybe next time. 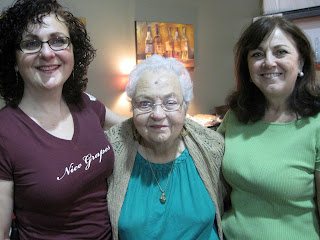