Another Victory for the Fox & Hound 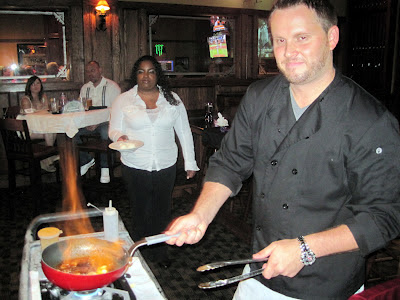 Running a successful beer-and-food pairing event is not easy. Coordination of all the facets requires sound planning, and delivering the services from kitchen to glass to table requires a near military precision, if it’s done right. When Michael Scofield, general manager of the Fox & Hound in Edison, undertook the task of putting together his first beer dinner many months ago he really didn’t know what to expect.

It’s clear he does now. At the third Beer Dinner he’s orchestrated, he has the system down. Making exceptional food? Check. Cooperating with well known breweries? Check. Getting the beers poured in time for the course? No problem. Delivering exceptional food? Got you covered. Educating your customers about beer, food and how they match up? Bingo. Giving customers something to take home besides beer recommendations and memories? Bravo.

That probably accounts for why Scofield has seen his guest numbers balloon from 24 at the first dinner to nearly 60 at last night’s. He had to expand the dinner to two rooms just to accommodate the crowd, but since it was well planned and put into effect by a cute  little dynamite stick named Jessica, it worked fabulously. Jessica and her crew—Sara, Erica, Alicia, Mary Ann and Dan—functioned like a well-oiled machine, bringing food and beer exactly when it needed to be there. And they did it with a smile. Even though Sara still pours beer backwards. 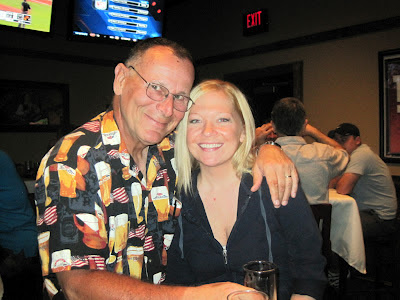 By all accounts, Scofield’s food was once again exceptional, and Victory’s beers never disappoint. Victory rep Steve Gates was both personable and informative. His participation should make Ron Barchet and Bill Covaleski (Victory’s Founders) proud.

In all, yet another superb night at The Fox & Hound, which, due to NFL football, will probably happen again in early January, according to Scofield. After all, he’s got the formula down pat now.

What are the chances of having a handsome, smooth, friendly, witty, knowledgeable emcee to keep the evening fun and relaxed?

Um, we’re working on that.

For more pics, check here.
Posted by Kurt Epps-The PubScout at 8:37 AM