Approach the Coach--Coach Gonz, that is...

Meet Coach Gonz--John Gonzalez for those who require more formality. John is deeply involved in many of the same things as The PubScout--family, wrestling and beer. A few years ago, he even coached my youngest son Cody to a Kid's State Gold Medal Qualifying Championship (while I stayed in the stands and filmed it, because kids listen better to someone other than their own fathers). He's been an honored guest at the first-ever PubScout Beer Tasting, so I've deputized Gonz as a SubScout and have invited him  to offer a piece on one of his recent beer adventures. Herewith his first offering: 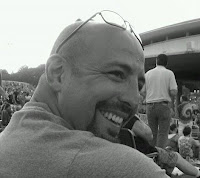 What’s that saying about “chance and opportunity?”  Well however it goes, it seems I became the benefactor of such a situation on Sunday during one of Jersey’s many heat waves.  A chance drink with my wife, JulieAnne, at the Waiting Room, a great long-time Rahway beer establishment, gave me the opportunity to discover a new beer on tap.  Like my Beer Mentor, the PubScout, I’m always looking for the next new, good beer.  So when JulieAnne asked, “What is this Batch 19 stuff about?” I needed to investigate!  I asked the manager of the Waiting Room, Kevin Avallone, and he launched into a most concise history of the beer. 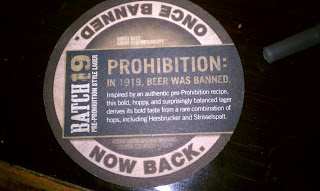 Two years ago Kevin ventured out to the Coors Brewery in Colorado for vacation and to sample, what else, BEER!  After doing his due diligence, he discovered Batch 19.  It turns out that after a major clean up in the basement of the Coors Brewery, employees found a great old recipe for a pre-prohibition lager.  Upon uncovering such a great find, the brewery decided to produce and serve it exclusively to patrons on the tour.
Batch 19 offers a lovely 5.5% abv and its wonderful deep golden brown hue makes it a wonderful lager that is smooth and well balanced.  It starts crisp on the tongue and ends smooth.  There is a light hoppiness all around with a clean finish.  This beer flavor will definitely not compete with your bar food, especially the great wings at the Waiting Room. 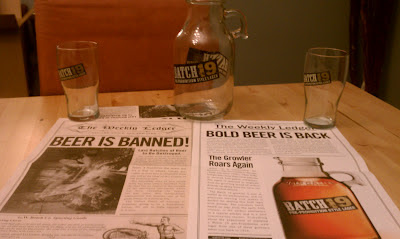 Now here is the greatest part of all.  According to Kevin, the Coors Brewery has selected very few locations nationwide to serve this wonder lager.  So if by chance you fancy great bar food and an opportunity to have a great pre-prohibition beer…I suggest you get on your horse and come to the Waiting Room in Rahway.