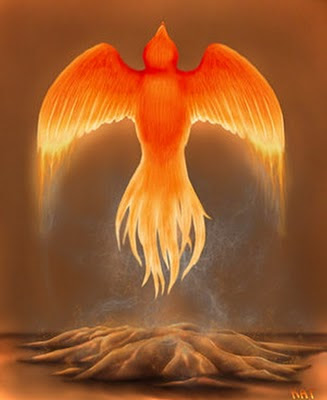 Establishing your restaurant as a beer dinner hotspot takes a lot of work—and a lot of time. And once that run is broken—for whatever reason—it could be “back to square one” in the attempt to build up your clientele again, especially with so many new beer events taking place in NJ.

In its heyday, Uno’s on Rt. 1 in Metuchen was seating and feeding 40-45 beer and food nuts in its back room—which is a perfect spot for a beer dinner. But it took years of successful management of the attendant logistics—beer, food and service—to reach those levels. Early beer dinners had fewer than ten attendees sometimes, but the guest list grew as word got around that there was indeed something very cool happening in Uno’s backroom.

Once the very popular and successful dinners stopped, however, no one knew what would happen if the dinners were revived. Would we go back to square one and ten people, the principals wondered?

Short answer: Nope. Try thirty. Because that’s how many came out for a collaborative beer dinner between Uno’s Brewer Mike Sella and the “new guys on the block,” Cypress Brewing. Just seven months after getting out of the gate, the Cypress guys, Charlie Backmann, Jason Kijowski and Bill Lutz are off and running like Triple Crown winner American Pharoah, with new, completely unfiltered styles coming out regularly. 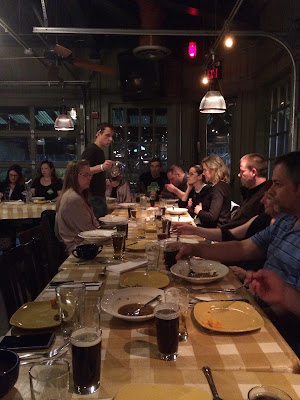 Last night’s event featured a collaboration brew between Kijowski and Sella called Riley’s Red Rye, and it was outstanding. A beautiful beer, it was as much a delight to the palate as it was to the eye. Interestingly, Backmann provided an extra sample made at Cypress to Official Taster Joe Skelly and me. Side by side, the Uno’s version and the Cypress version looked almost exactly alike, but the Cypress version had a somewhat stronger taste, while Sella’s version had notes of spice and sweetness to my palate. Both, however, were excellent, and Sella’s redheaded daughter Riley would have been proud of the reception her beer got all around. Both places have it on tap, too.

The night began, of course, following the time tested plan of cheeses, fruit and crackers accompanied by Mike’s 32-Inning Ale, and the soup course was a delicious Lentil with Cypress’s outstanding Nut Brown.

A beautiful Insalata Tre-Colore with radicchio, mesclun and arugula bathed in a Cypress 17-Mile IPA dressing came out next, joined by that same beer. If you’re an IPA guy, you definitely want to snag some of this stuff.

And for those in the know, Mike Sella’s own Ike’s IPA has been a crowd pleaser for fifteen years. It complemented two large chicken empanadas served with fresh jalapeno, avocado and green olives for the appetizer course.

Dessert  was a large, three-flavored Tartufo in a chocolate shell swimming in raspberry coulis. It was topped off by Cypress’s outstanding Imperial Stout with Chocolate and Raspberry.

Just as in the old days, there were smiles and compliments all around at night’s end, indicating that the Phoenix has apparently risen. Joe Skelly noted that while he missed the usual Uno’s faces around the table he had come to know and love, it was exciting to see all the new faces that came out.

Maybe the “old-timers” will return once word gets out, and we’ll be up to 45 before you know it. Last night’s event was surely a step in the right direction.

It would benefit both the "newbies" and the "oldbies," if this picture is any indication. 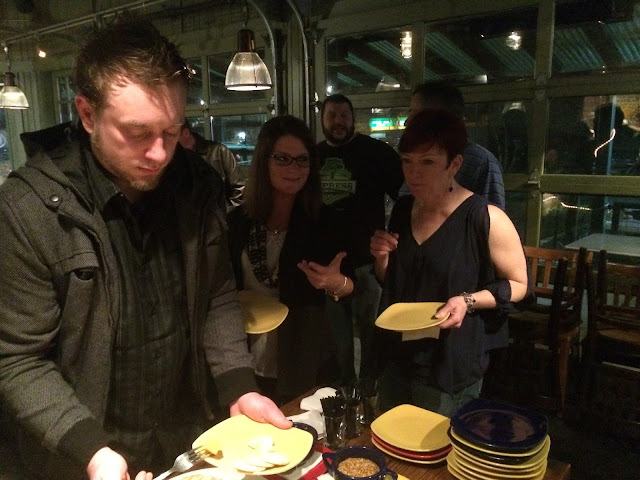 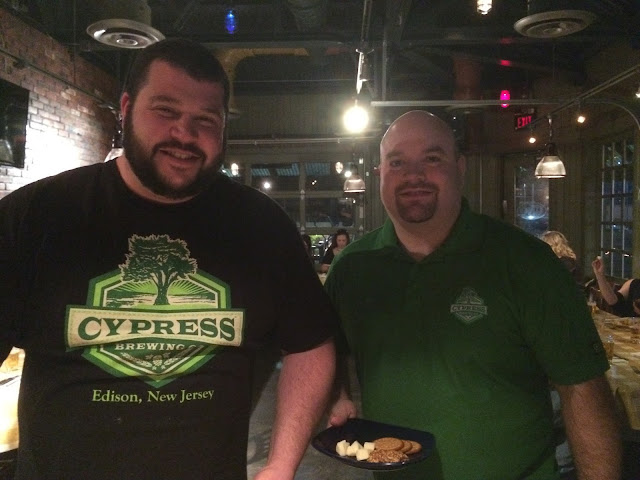 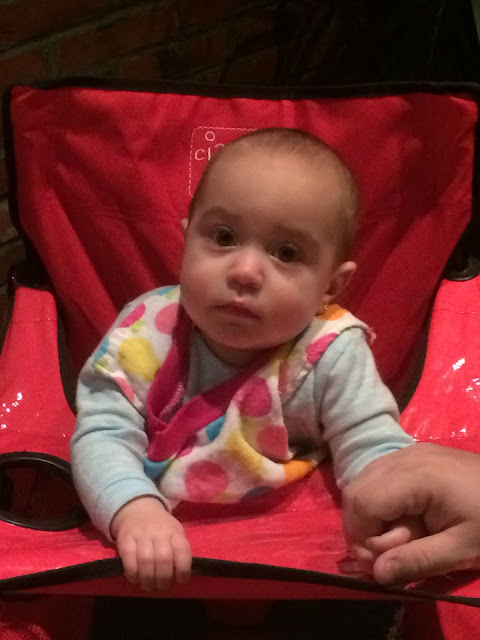 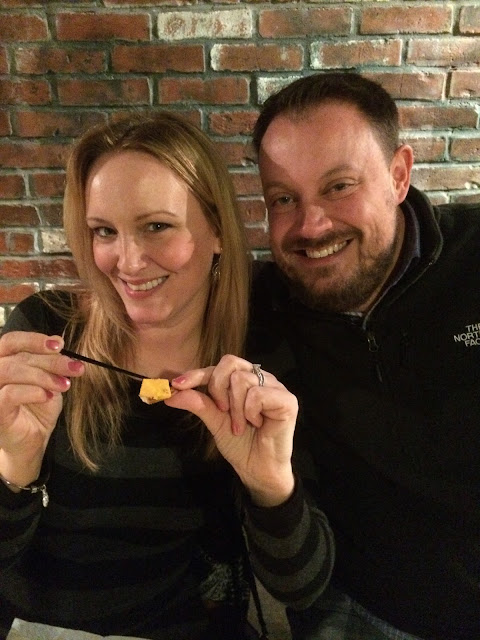 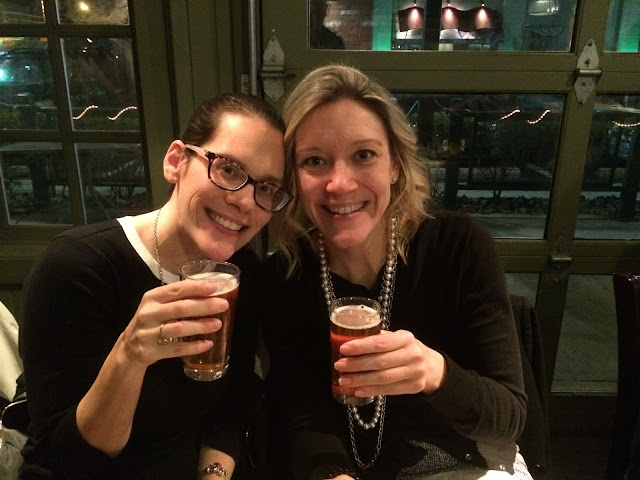 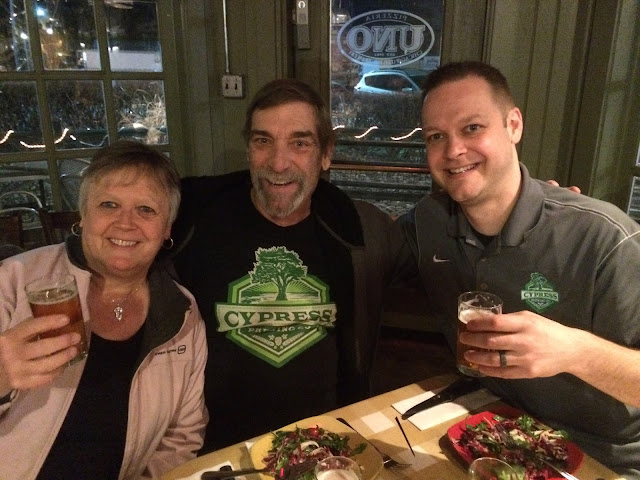 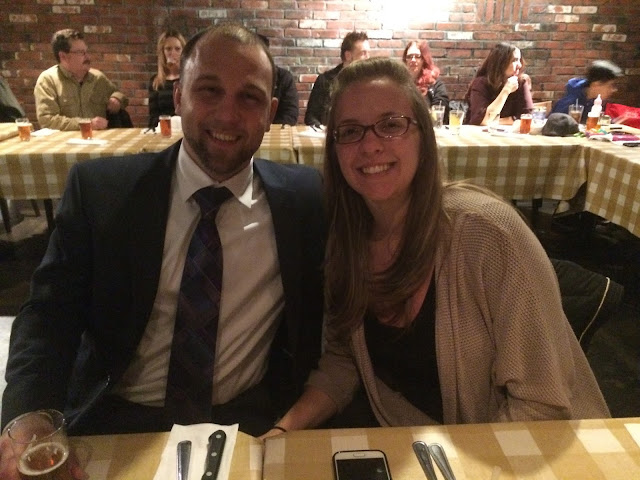 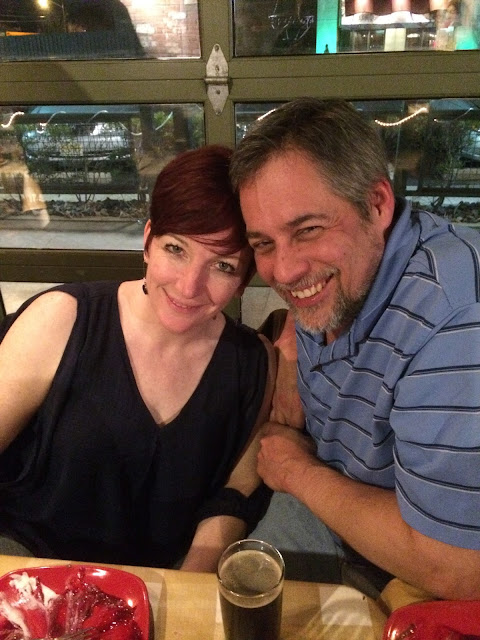