Is That a Baby Ruth in the Pool? 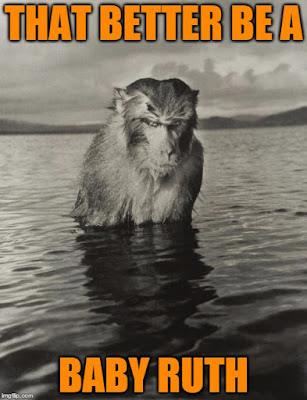 Ever the sophomore, I can delight in the harmless fun of a prankster throwing a Baby Ruth into a pool of swimmers. But I'm not one to toss one into the wort (unless it's part of the recipe) or to intentionally spray the sparge where it shouldn't go. However, there comes a time when speaking out is important. I wrote the first draft of this column the day the article in question appeared online, but I have revised and revisited it frequently since in an attempt to remove the blazing ghost pepper hotness of my initial reaction and replace it with a subdued jalapeño flavor. Hopefully, I have succeeded. But if not, grab a piece of bread or a beer to take away the burn.

Keep in mind as you read this that no disrespect is intended or aimed at the authors of the article in question, nor to those on the panel of experts who helped produce it, some of whom I count as friends; but I believe a slight, albeit unintentional, has been given.
Herewith my take: 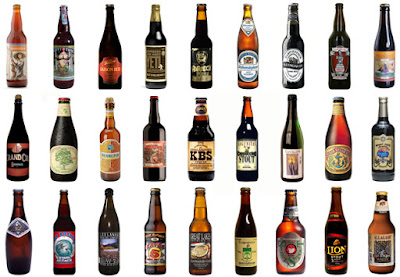 The PubScout is not a big fan of “Best of’s” in anything, but especially in things associated with such a personal and subjective category as beer.

Recently, NJ Monthly did an article about the “Sweet Sixteen” NJ breweries as rated by a panel of experts. Not that there aren’t breweries on this list who make great beer...there are, and I’ve patronized and written about many of them.

Rap, for example, doesn’t count as music to my ear, though its popularity can’t be denied. Same thing with sour beers. Am I less of a beer-lover because I eschew sour beers like Timmerman’s Oude Kriek, Oude Gueze or Faro? And I know at least one fine, longtime Jersey brewer (who shall remain nameless) who says, “At my brewery, sour beers are poured down the drain.”

In the end, the “experts” know only what they like—just like you and me, and that’s the beauty of beer. Everybody’s an expert on what we like.

But a few questions arise in my mind. First, why just sixteen? Sixteen seems to be rather an arbitrary number unless we're looking for a hip, current events connection to March Madness. Is that why there’s a bracket-style vote on another page? 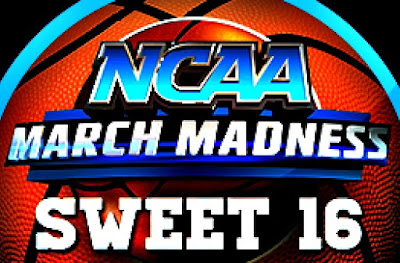 According to the NJCB page, there are now forty-five craft breweries in NJ. I am not in a position to tell any publication what kind of stories it should be doing (as you can see, nobody tells me what to write about). Those decisions are based on what it thinks its readers will like (and, of course, ad sales). But this article thrusts all forty-five breweries in NJ--whether they signed on to play in this particular tournament or not-- into a competition for publicity that rewards just sixteen of them. What criteria eliminated the others from consideration? The article didn't say. But it should have.

As one brewer with whom I spoke said:
“…this type of unsolicited competition does not help to unify the breweries of NJ, when in fact that is exactly what we need to do as we attempt to grow the industry in NJ by changing some of the antiquated alcohol laws that are still on the books.  Why not represent all of the breweries and maybe highlight a few with interesting anecdotes... about unique beers, owners'/brewers' experiences, tasting rooms, or GABF medal winning, for example?

Another responded:"While it is always nice to be recognized, we are not big fans of comparison lists. We cater to experience junkies...those that still love to come out to breweries to visit, try something new and talk about beer." 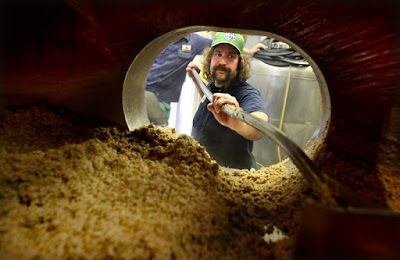 And still another added: "I think the 'Best of's' are way overused--repetitive, redundant and boring. Having said that, my real issue with these lists is labeling them as something they are not. Why ask what's the 'best' brewery when you clearly mean 'favorite?' Ask people to tell you why; don't just publish a meaningless list."


Some of those who were named to the Sweet Sixteen have already begun using the "honor" in promos, but what about those good brewers who just got passed over by an arbitrary rating system? Will their homepage have to carry a banner like: “We didn’t make NJ Monthly’s Sweet Sixteen, but we’re just as good!"

More importantly, the article requires a thinking beer drinker to ask two simple questions:
1.   Has everyone on the panel actually sampled and studied beers from all the breweries? and, if not,
2.   Why should I listen to them?

Have they sampled and evaluated the great beers from Angry Erik, Beach Haus, Boaks, Cricket Hill, Cypress, Climax or Demented? How about those of Flounder and Little Dog—whose owner and founder won a Gold Medal at the GABF? 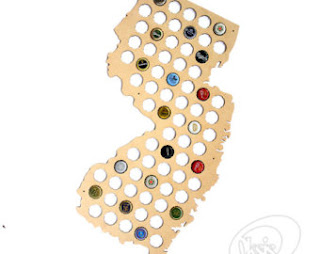 Don't misunderstand. It's great that the mag is talking up craft beer, because it's definitely an exciting time for beer nuts in Jersey. I haven’t sampled the beers of every brewery in the list of forty-five either, but I’m working on it, which is what makes it both challenging and fun.  And I’ve had many delightful beers from  those breweries that failed to make the “cut.”

To my (admittedly archaic) way of thinking, a beer writer’s purpose is to alert the beer drinking world to what beers are out there, and, with our writing skill, to entice beer drinkers to try them. If they don’t like them, nothing ventured, nothing gained. We tried.

If they do like them, however, we have added to the craft beer boom in immeasurable ways. Our purpose is not to present ourselves as "holier than thou," because we are not. Beer drinkers already know what they like. Yet, don't lists like this seem to imply, however subtly, that if these breweries aren’t your faves, too, you cannot possibly be as “beer cool” as the experts? I am sure that the intent was not to denigrate or disrespect any brewery or beer folk, but intentions and perceptions don't always jibe.

Am I, then, just a hopeless beer outlier for enjoying the beers that Gretchen Schmidhausler, Dave Hoffman and Heide Hassing produce? Or those of Jeremy Lees, Tom Pryzborowski, Charlie Backmann or Tom Zuber?

And besides bragging rights for the lucky winners, who benefits by this arbitrary competition when close to thirty potential breweries contributing positively to NJ's beer scene have been summarily dismissed?

I am quite sure that most beer nuts in NJ are ecstatic that microbreweries are blossoming in the Garden State like dandelions in the Spring.
I am not so sure that picking sixteen of them for preferential publicity serves our—or any—purpose, however.

Gotta run.
Pool season is coming, and I'm out of Baby Ruths.