When it Comes to Beer, No Monkeying Around Here

My middle son turns twenty-five in the next few days. Like most parents, I wonder where the hell the time went, but I don’t fret about it either.

Especially since I introduced him to the pleasure of good beer when I could still pick him up. He’ll be spending his birthday out of state, but he spends a prodigious amount of in-state time in Jersey City where his ladylove resides. Since he knows what The PubScout does, he suggested that I visit The Iron Monkey. So I suggested we all visit the night before his departure to celebrate.

I didn’t know what to expect, but it sure wasn’t what I expected. I had heard good things, especially about the beer list, but I had not seen the level of advertising that other beer places in a revitalized Jersey City seem to generate—and there are many splashed across the pages of print and social media.

The narrow, four-storey building sits on the corner of Greene and York in the prestigious Paulus Hook section. From most locations near it, the magnificent NYC skyline dominates the scene and commands attention. 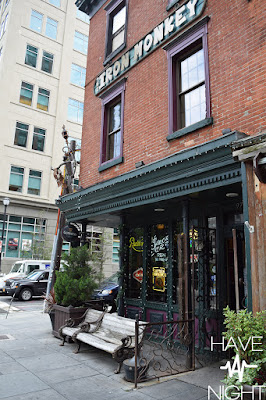 In contrast, the entrance to this pub (where forty-two beers are on tap and hundreds more available in bottles) is rather nondescript. In fact, absent the beer signage, a passerby might think it a corner bodega.
But that impression is immediately dispelled upon entering. A narrow room, a darkish, loud bar (though the place was hardly at capacity) was bounded by a long wooden staircase, which, we learned, would transport a thirsty quaffer three flights up to an open rooftop with spectacular views—and brews. As this was not an hospitable evening weather-wise, we opted to stay indoors, but that roof must be a hopping place in good weather. 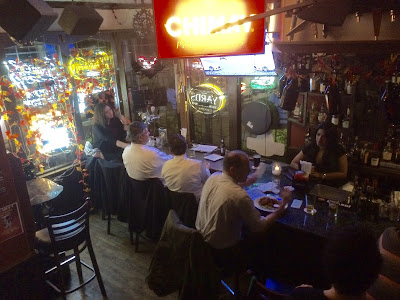 After being greeted by the affable manager Kevin Ortega and his boss, Maggie, we proceeded to the second, somewhat quieter level for our session. The beer list was impressive—especially the draft selections. The Birthday Boy ordered up a Lost Abbey Red Barn, while I went with Port Brewing’s Wipeout IPA. 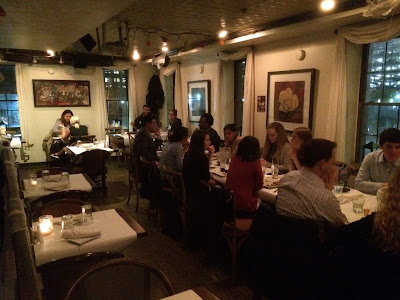 A saison, containing Grains of Paradise and with notes of orange, ginger and pepper, the Red Barn was quite good (I stole a few sample sips). But as the days grow shorter and the nights grow cooler, my thirst for saisons wanes. I noticed Port Brewing’s Wipeout IPA was available, so I ordered one before our food arrived. It was delightfully delicious, and it gives Pliny the Elder a run for its money. Beautiful color, fascinating nose and it bombards the palate with a variety of flavors from pine to citrus to tropical fruit, all balanced nicely on a healthy malt backbone.


Our server Ryan brought the first one in the requisite tulip glass, but he made a significant improvement with the delivery of the second. And I enjoyed that one just as much.

The food was very good, well prepared and nicely presented, and priced a la Jersey City, if you get my drift. There was an attractive Crème Brulee Cheesecake on the menu, and the birthday boy decided to split one with his lady.

But my dessert had been reserved on the beer menu forty-five minutes earlier—a Saucony Creek Chocolate Cherry Schnickelfritz. An Imperial Milk Stout made with lactose for a nice smoothness, it was exceptional and filling, though at 210 calories, probably far less damaging than the cheesecake. A schnickelfritz is supposedly a rebellious child, and a few of these at 8% ABV could create some mischief for sure. Not to mention DWI’s. So I only had one. But I’d have it again for dessert after Thanksgiving or Christmas Dinner. Or after the can of split pea soup I’m making tonight.

The Iron Monkey is owned by Stephen McIntyre (who is responsible for the incredible beer selection), and it has been in business since 1996—ironically the year I began writing about craft beer. So why didn’t I visit this place sooner?

It’s an intriguing building with an equally intriguing layout, and I should probably research its history when I get some time.

But for now, I’ll have to be content to return to The Iron Monkey to do my research. It fits The PubScout’s requirements of Good Pubs, Good Beer, Good People quite well.

If any of you schnickelfritzes want to join me, sing out. 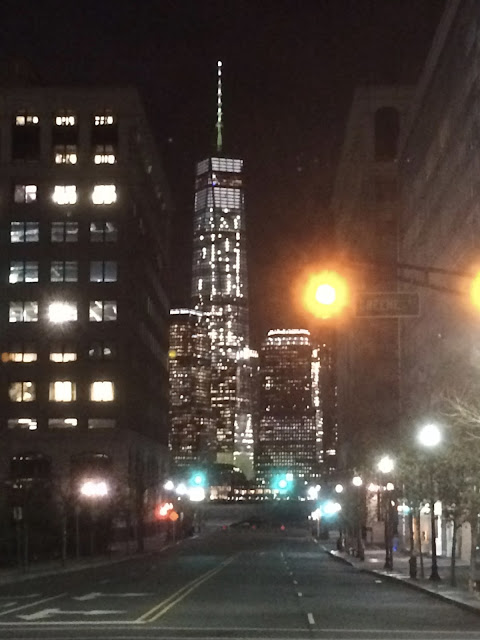