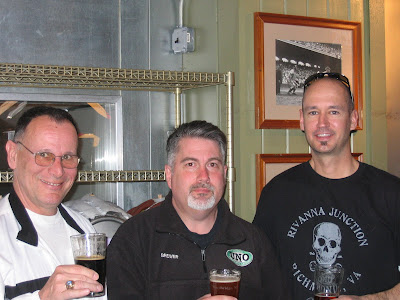 Brewer Mike Sella is back at the helm for Uno's on Rt. 1 in Metuchen, and after a short time getting readjusted to the job he did so well for nearly fifteen years, has set his first Cask Ale event since returning.

On hand will be:

And of course, Sella will have a few surprises of his own making.


That's a pretty impressive list, underscoring the great respect other NJ brewers have for Sella, another of the many "good guys/gals" that populate the NJ beer scene.

Taps open at noon. Food deals will be available and plenty of hop-forward/fall backward Beer Nuts will be on hand to participate. Hope to see you there next Saturday!