This Thursday, Meet the Brewmaster of Pilsner Urquell at the Asbury Festhalle 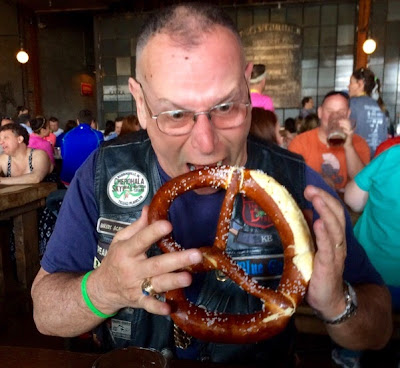 It looks like the Folks at The Festhalle--you know, the place with pretzels the size of a steering wheel-- are not content with sitting on their laurels. Check out this event !

All beer that makes an oceanic voyage from Europe to the United States is pasteurized as required by law to endure the changes in temperature and length of the journey. Four, six-day-old kegs departed Pilsner Urquell’s brewery days ago to board a special express plane to the states. By the time they reach the Festhalle they will be just under two weeks young.

Berka, who hails from a generations-long line of brewmasters, visits the states once a year for special events like this. On Thursday, expect the legendary brewmaster to talk about the rich history of Pilsner Urquell, the first pilsner, considered amongst connoisseurs as the original craft beer. Customers will be able to drink Pilsner Urquell the way it was originally brewed, 172 years ago – unfiltered and unpasteurized – for as long as the four kegs last.

“Pilsner Urquell unfiltered and unpasteurized is the way they drank it in 1842, they way they drink it in Pilsen today, and the way we offer it to you, air-shipped directly from the brewery,” said Pilsner Urquell Trade Quality Manager Bryan Panzica.

For an additional $18.42, (the date Pilsner Urquell was founded) patrons who purchased one of the limited, authentic pilsners can partake in a prix fixe pairing menu of select appetizers, entrees and dessert from the Festhalle’s Executive Chef James Avery.

“It’s a rare, unusual event. Four kegs of unfiltered, unpasteurized Pilsner Urquell are available in the United States at Asbury Festhalle & Biergarten. Pilsner Urquell was very cool to send such a special beer to us to be served out of our authentic 130-year-old Pilsner Urquell tap. The only other way to get would be to hop a plane and fly to Europe,” said Managing Partner Jennifer Lampert.

“All other pilsners are ultimately derivations of the authentic Czech pilsner,” Panzica said. “This is Pilsner Urquell in its original form as it was served 172 years ago, and we know that because of our parallel brewing process.”

In the parallel brewing process, brewers use the same ingredients to brew in 20th century equipment with another batch brewed alongside in traditional equipment to match flavors and aromas.
For more information, visit their website. 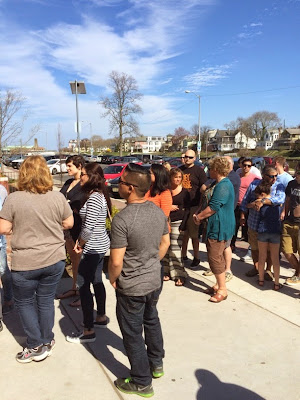 voices who tell them the parking situation needs a remedy. Check out these initiatives and discounts!

MAIN POINTS:
• Patrons who ride NJ transit receive 10% off their total bill
• 60 feet of newly installed bicycle racks encourage patrons to ‘ride oil free to the Festhalle’
• Restaurant has signed on as a stop on The Free Ride, a summer long boardwalk-to-downtown shuttle
• New Uber users get $20 off their first ride with promotional code

The four-pronged approach offers discounts and incentives to those who leave their autos at home.
Patrons who ride NJ Transit train or bus lines and can present day-of proof of receipt to receive 10% off their total bill. Customers must present their validated NJ Transit time-stamped bus or rail ticket when placing their order to receive the discount (limit one per customer; cannot be combined with other offers).

In addition to offering mass transit riders a 10% discount, Festhalle owners have newly installed 60 feet of bicycle racks in the front of the restaurant to help encourage patrons to ride their bikes to Asbury Park, have signed on as a stop along The Free Ride route, and are offering a $20 off coupon code for first-time Uber riders.

Now operating in its second year, The Free Ride offers free boardwalk-to-downtown shuttle service during the high season. The cars, similar to extended open-air golf carts, carry up to five passengers and operate from 11 AM to 8 PM seven days a week from mid-May until the weekend after Labor Day. As a stop on the route, Festhalle patrons will be able to hop on and off The Free Ride Carts and experience all of Asbury Park.

Customers are encouraged to ask staff members at the establishment for more information on how to acquire the Uber code good for $20 off their first ride.

“While parking in Asbury can be frustrating it is a clear sign of the long-awaited revitalization of our City by the Sea,” said Festhalle Managing Partner Jennifer Lampert.

To get to the Festhalle: Take NJ Transit rail to the Asbury Park stop & head towards Main Street. Walk south on Main Street to Cookman Avenue. Head east on Cookman Avenue for two blocks and turn right at Press Plaza [Emory Street]. Turn left on Lake Avenue and the Festhalle will be on your left.