Led to Zeppelin at Last 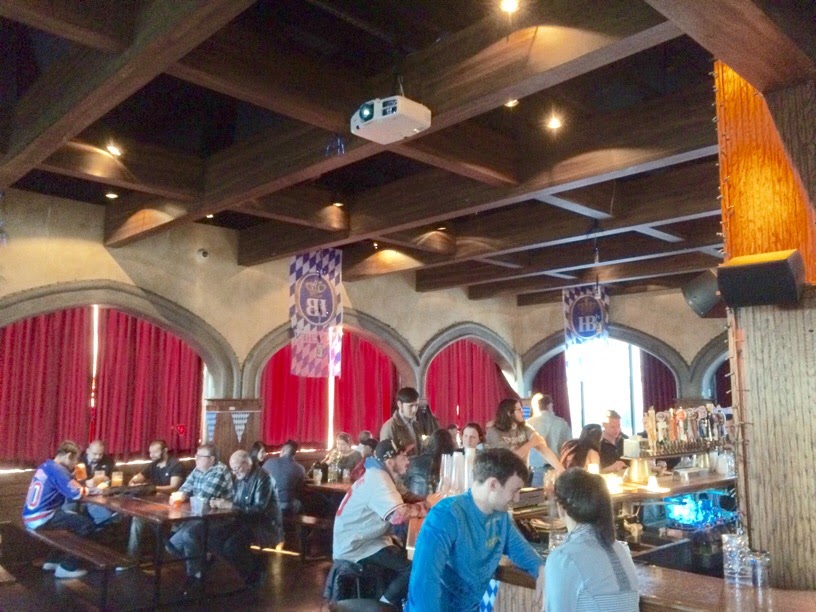 And I really don’t have an answer. It’s not far from my home, and it’s not difficult to get to. Maybe it was because I always viewed Jersey City as just someplace you have to go through to get to New York City—or Hoboken. Kind of like the way many folks view the entire state of NJ.

And certainly not as a place that could have a legit German Festhalle und Biergarten. I had heard a bit about it and made mental notes to myself to get there someday. Perhaps it was the offhand comment from a friend who said the beer list was great (it is), but the food wasn’t. And if I’m going to a bierhalle, I need quality sustenance to accompany my quaffing. That is, after all, part of the fun of drinking beer—seeing how it goes with food. 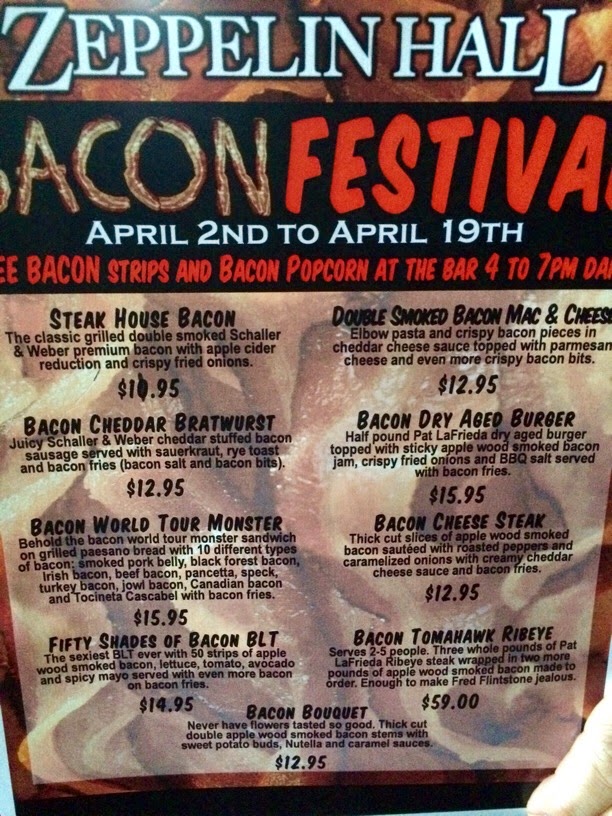 I suppose my epiphany came when I saw an ad about a BaconFest that was taking place there. Few places can screw up bacon, so I grabbed the missus and my baby boy and drove the 30 minutes.

I anticipated that parking might be a problem—like it is in Hoboken, but The Zepp has its own free lots about a block away. First thumbs up. The rather pedestrian entryway was not in any way indicative of the interior. Zeppelin Hall is high-ceilinged and, with the long bench tables and wrap around bars leading to other very large rooms, very inviting.

I met and chatted some with Manager Chris who said the Hall is in its sixth year of operation, and he allowed that, with normal spring/summer table turnover and with the outside biergarten open, Zeppelin Hall could accommodate a “Munich-esque” 2800 people. The normal capacity is 420, however.

That’s a lot of people to serve. But not if they have to serve themselves, which they do. Grab a menu, decide what to order and pay for it at the window, where they’ll give you a buzzer to alert you when it’s ready. Then go get it yourself. 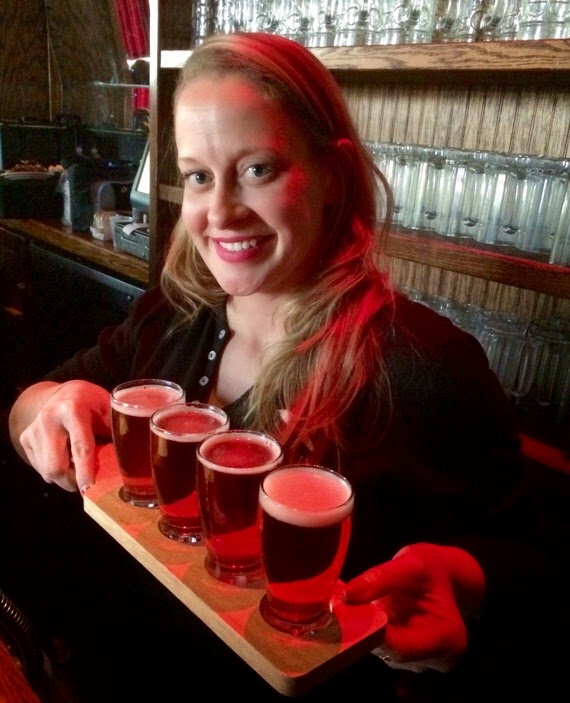 Look over the very impressive beer list, walk up to the bar and order  a liter or a half-liter (flights are available and worth investigating), pay for it and enjoy while waiting for your buzzer to go off. If you are seated next to someone you don’t know, strike up a conversation and make a new acquaintance. If they are amenable, of course. Don’t be a PITA.

What to talk about? The Bacon Cheese Bratwurst, which was—no lie—the best Brat I’ve had anywhere, including Munich. So much for the so-so food rap. I’d come back just for that, but it’s only there until April 19, after which they’ll do some other themed attraction.

The Zeppelin Hall is privately owned with a sister restaurant three blocks away called Surf City which will re-open in the Spring. A beach-themed place, it comes complete with sand, usually as scarce in Jersey City as a parking spot in Hoboken.

In sum, if, like The PubScout, you enjoy great beer, great food, bench seating, high ceilings and the pleasing din of a large, packed Festhalle, Zeppelin Hall should be on your must-visit list. You can check out the beer and food list here. 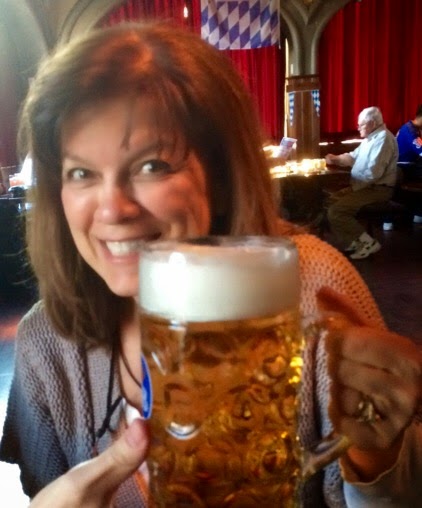 Please keep in mind that you will be your own server.
So going on Yelp to complain about the service makes one look both stupid and lazy.