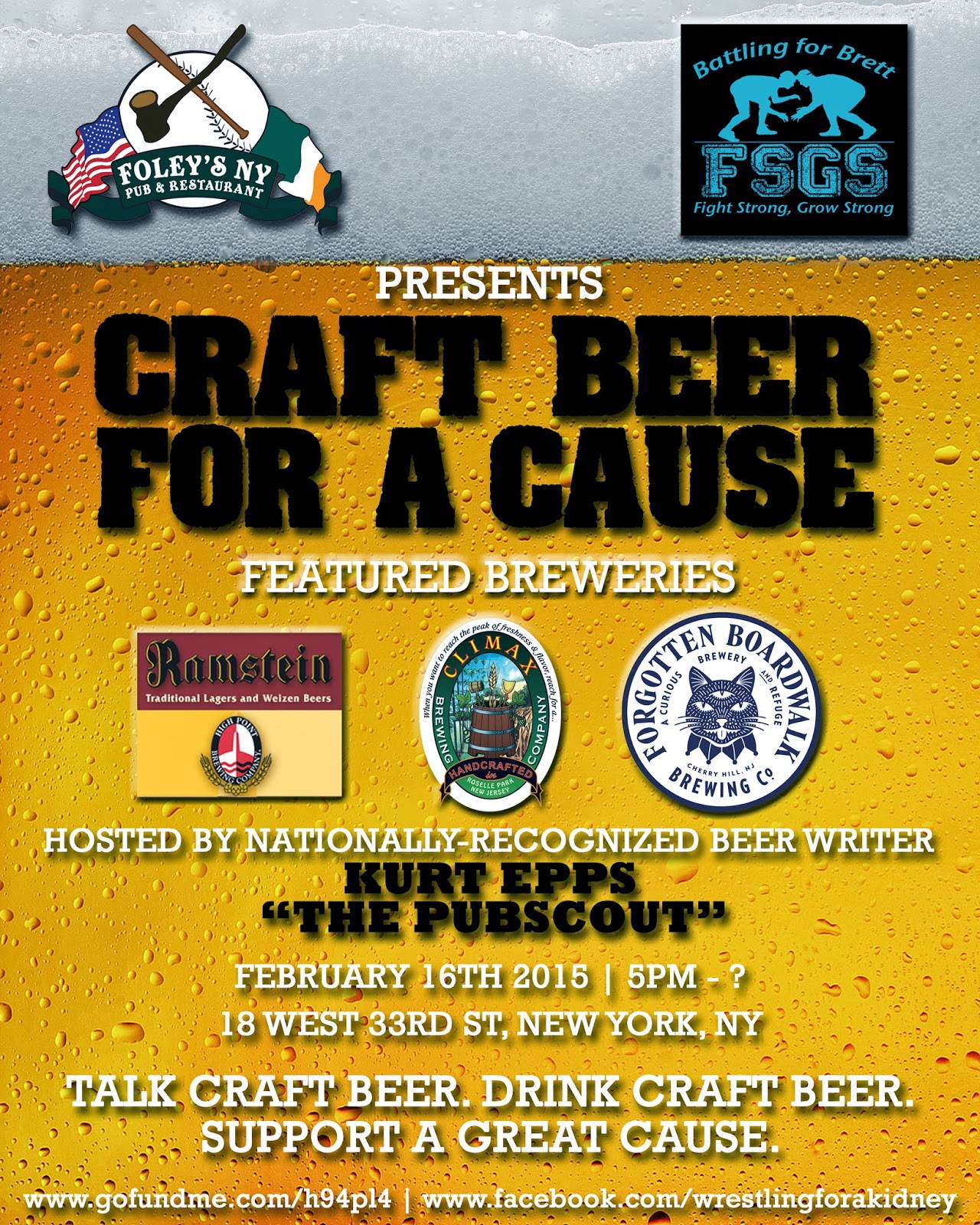 I just returned from Der Beermeister's (read Dave Hoffman's) workplace in Roselle Park, NJ, where I stopped to drop off some beer for the upcoming Craft Beer for A Cause Event slated for Foley's Pub, NYC next Monday. Dave was nice enough to store the beer as it awaits pickup from Shaun Clancy of Foley's.

He was also nice enough to share some of his latest beer with me, and this one deserves all the publicity it can get. It's called Cherry SnowPlow Winter Warmer, and it's made with sour cherries from Michigan. Those cherries impart a very unique taste and finish to the beer without being overly tart. Dave also has a cousin to it on tap called just plain "Snowplow," and it, too is excellent, imparting loads of dark fruit into the palate and nose. 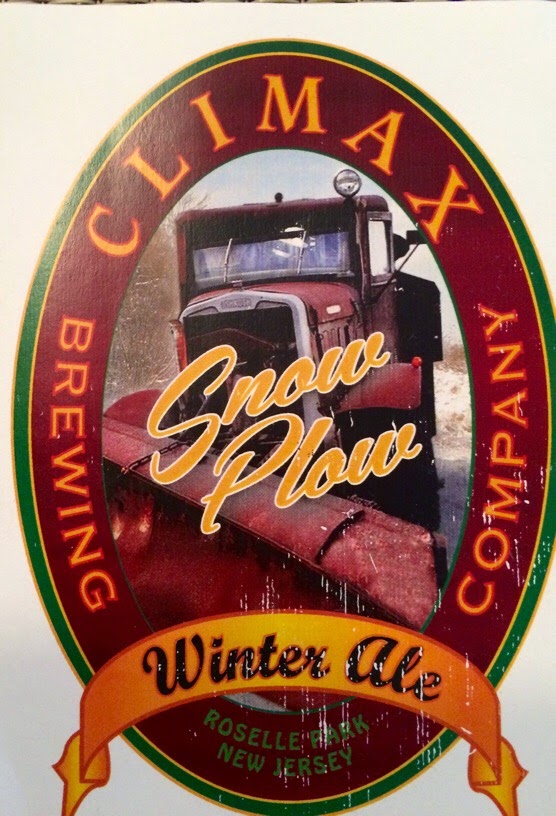 On a day like today, with freezing rain, ice and more snow in store, it's just a perfect antidote.

Dave's a good guy, and he is one of three brewers (Forgotten Boardwalk and High Point are the others) who are donating beer to the Foley event designed to help my son who is in End Stage Renal Failure.

Originally, I had asked Dave for his superb, world-acclaimed (and Michael Jackson recommended) ESB, and he consented. But today he suggested substituting one of these Winter Warmers, what with Washington's Birthday coming up and its apocryphal links to cherries.

I assented in a heartbeat. Anyone who hates winter and its "wintry mixes" will love this beer. Be sure to try it at Foley's if you can get there, and if not, get to Climax Brewing and pick up a growler or ten. If you own a bar, do yourself and your customers a favor and order this winner ASAP.

Winter, after all, still has  six more weeks to go.