Author's Note: 2014 was a wild ride for me and my family. First there was the downside. Certainly many of you know that my formerly healthy 27-year-old son was stricken with a rare kidney disease. There is a link to his page on the right.
But on the upside, 2014 also marked the fulfillment of a long-time dream for this beer writer: a trip to Beer Heaven--aka Belgium.
The missus and I had planned this trip long before we got the bad news about our son, and it would have been financially unsound to cancel it. Besides, we figured, with our son in the capable hands of family down in NC, we could use the distraction. The Pubscout is generally a pessimist, because these folks are never disappointed. But in this case, I chose optimism--to look on the bright side, as it were--if for nothing else than to buoy my spirits for the long run.
So away we went for nine days. We are both glad we did.
Anyway, here's the first of five installments!

If It’s Tuesday, It Must Be Jackson

Way back in 1998, this budding beer writer, just two years into his craft, was invited to the Belgian Consulate in New York for the launching of a new book by a guy named Michael Jackson. The book was called Great Beers of Belgium, and the closest I ever expected to get to Belgium was the Belgian Consul’s handsome Park Avenue apartments on that day. The link to that early story is here, and it’s worth reading, if for nothing more than its rather prophetic title message. And the pictures of me and the Belgian Consul.
Michael Jackson, of course, has since gone on to his eternal rest in God’s Brewery, but his impact on the world beer scene has been eternally monumental. We both looked somewhat younger then, but The PubScout’s inexperienced palate and youthful nose eventually intended to get somewhere in Jackson’s ballpark—at least through the gate.

After returning from Belgium this week, I dug out the copy of the book Michael gave me that September day in 1998. He asked me what I thought of the Kwak I was drinking. I responded with just one word: heavenly.
The inimitable Mr. Jackson wrote accordingly when he my signed book. 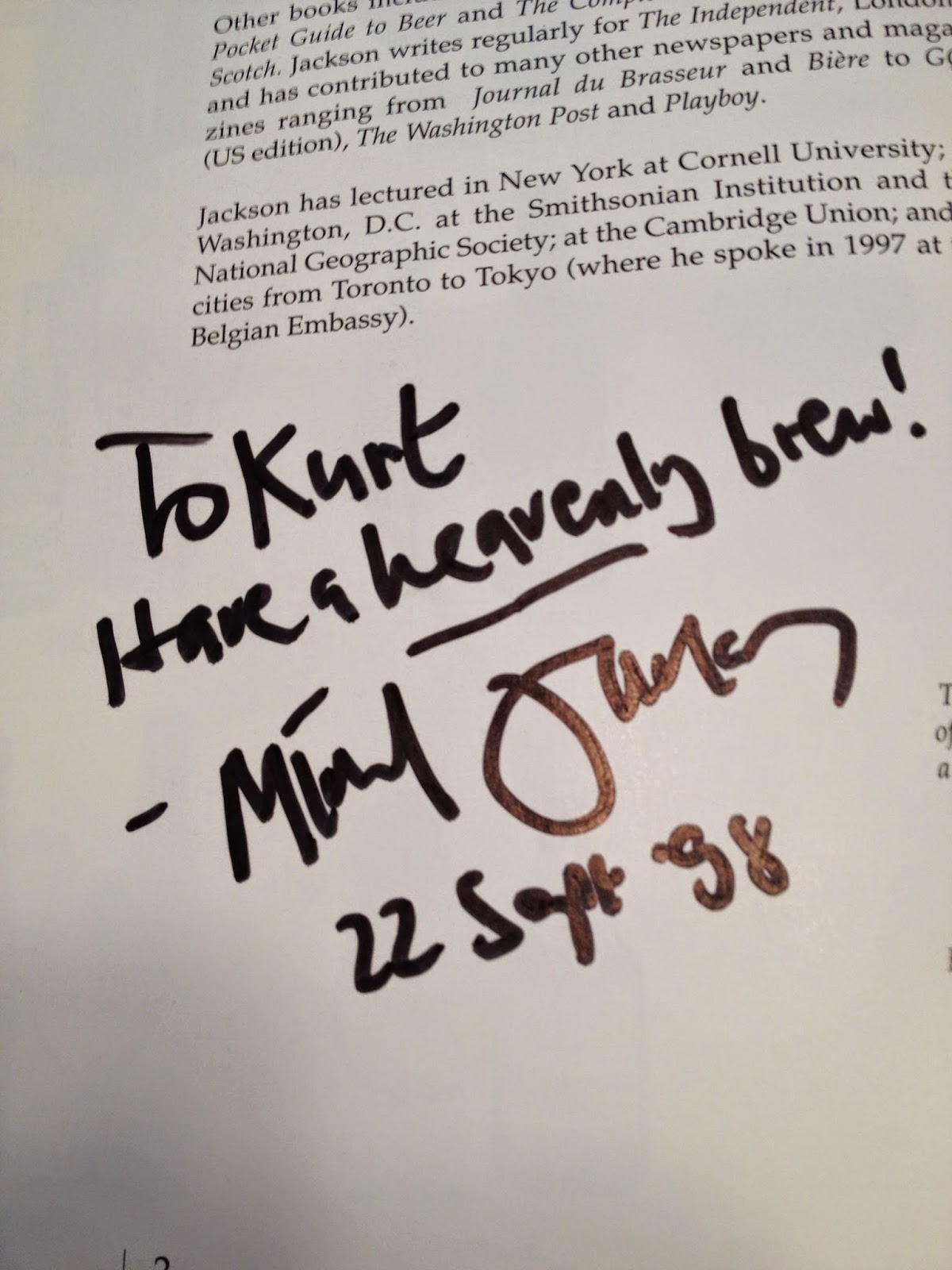 I saw and heard him speak many times after that. We dined together on occasion and compared notes on beer—but most often on life. His favorite opening line, delivered with his signature British accent, was, “Some say you will live longer if you don’t drink beer. That’s not true. It only seems longer.” And the line never failed to get a hearty laugh from those assembled.

Because he was right.

What follows is not a story on the Great Beers of Belgium. That’s already been done by a master. But what follows (in sequence) is my take on a recent trip to Belgium—aka Beer Heaven. I’ll post one a day till 2015 gets here. That way, you won’t be overwhelmed, and I won’t get writer’s cramp (or I guess it would be carpal tunnel syndrome today). 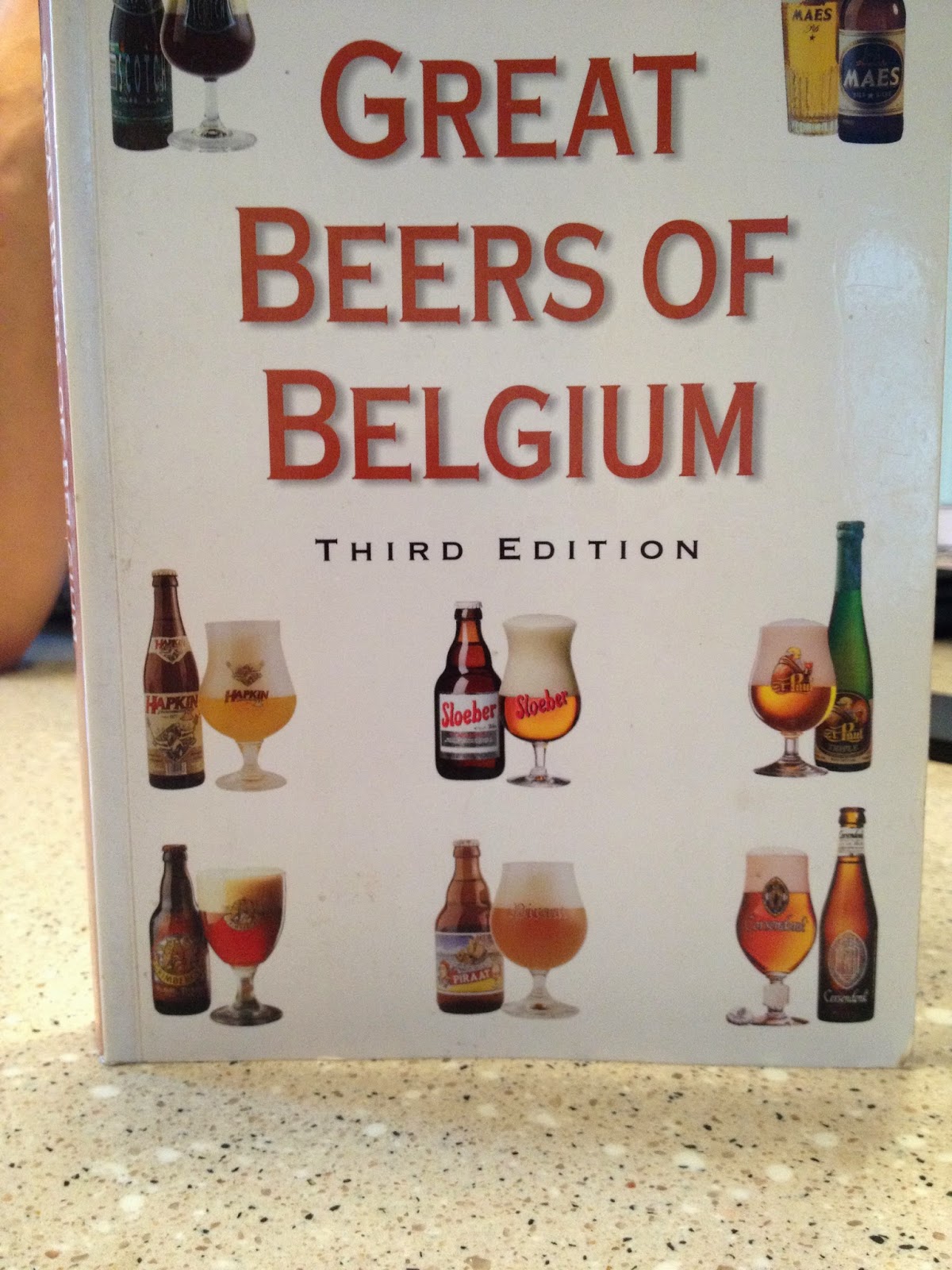 I didn’t visit every pub or drink every available beer. One week—shucks, one lifetime—wouldn't be enough for that. But I had some distinct impressions about some of the cities and beers of this wonderful beer country, and I’d like to share them with you, in the event you—a beer nut—ever undertake a journey to Beer Heaven.

Thank you, Michael Jackson, for introducing me to Belgian beer.
I raise my heavenly glass of Kwak—and every Belgian beer I drink-- to you.

Coming next: The Cities
Posted by Kurt Epps-The PubScout at 1:18 PM