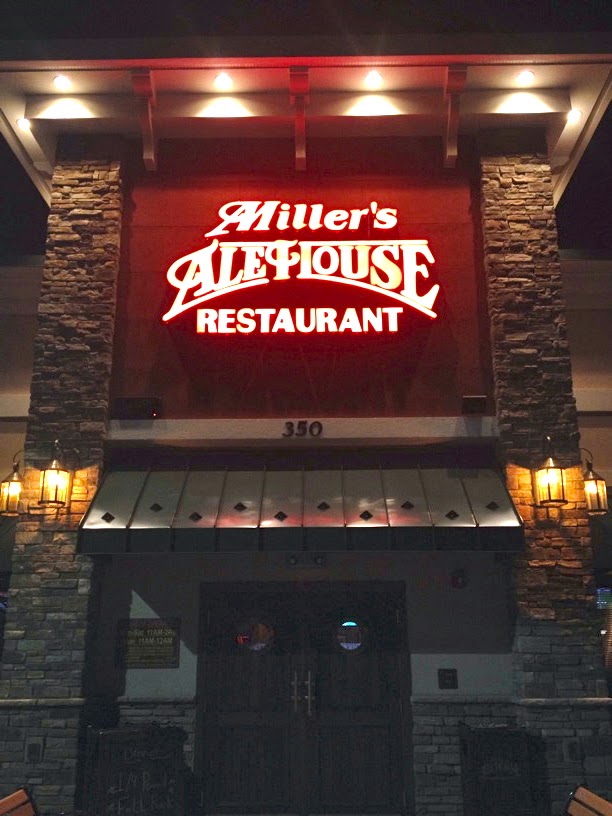 After a long day of travel, the missus and I decided we needed to stop for a bite and a brew. Being in the Woodbridge area, we chose to give the relatively new (to NJ, anyway) Miller's Ale House on Rt. 9 a shot. Born in Florida and now branching out, the chain has a place in Paramus that supposedly does $160,000 a week.

So in we went to learn for ourselves. To begin with, the place is cavernous, with no fewer than 70 TV's. Two huge rooms, one for dining, and one called "The Patio" sporting 26 TV's. The dining section was pretty packed with couples at tables and families and groups in booths. The sound level was relatively subdued, especially when compared with The Patio where  the "pub hubbub" was considerably greater. For a moment, I thought The Pope or Billy Graham was on TV, because so many of the bar patrons were yelling "Jesus Christ!" But it was just the NY Jets playing on MNF. 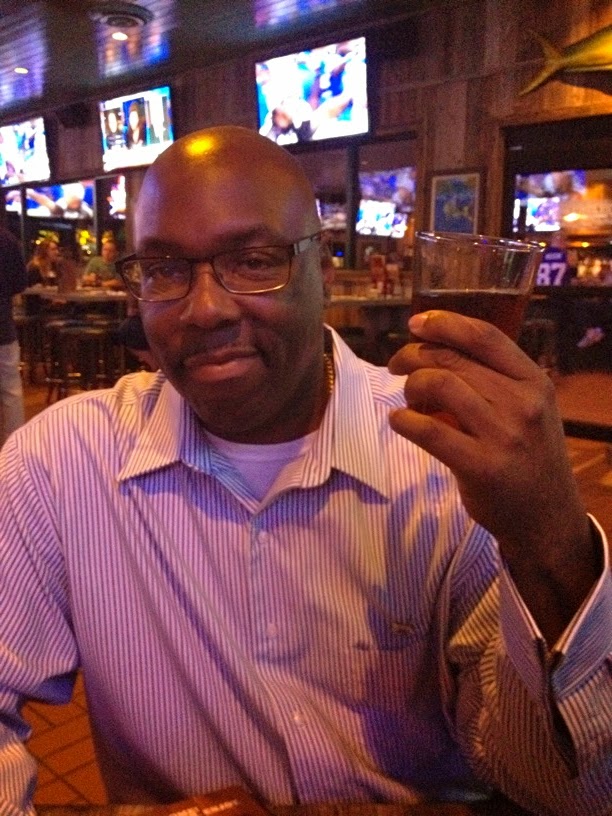 Manager Percy Gray allowed that The Patio was "usually a place for the 'younger crowd' to congregate," and we considered it rather a compliment to be escorted to a fireside seat there. There is actually a real patio outside The Patio where patrons can gather around a firepit and smoke, all while watching a huge HD TV. Must be neat in the Spring and Summer.

The Beer List offered something for everyone, IMHO, though it certainly wasn't "crazy" with beers for the true beer nut, especially one who has just returned from Belgium. Still, the draft offerings were adequate, while the bottles were more mainstream--and therefore ignored by The PubScout.

Our friendly and very pleasant server Rayna shared that Dogfish Head 120 was in the house, though not yet on the printed menu. I ordered an Old Reliable SA Winter Lager, and the missus, still on Belgian time, ordered a Stella.

The first thing I noticed about the food menu were the prices, which ranged from very reasonable to moderate. My "loaded" Philly Cheesesteak on a soft roll, which actually tasted like a real Philly Cheesesteak, was outstanding, and it came in under $10. The missus got what she said were 35 delicious shrimp for just a buck more. The Winter Lager worked perfectly with my dish, and her Stella did the same for hers. All the food is made fresh, and there's only one item that gets microwaved--not that there's anything wrong with that. Hint: it's up top on the appy menu.

Though we usually eschew dessert (it takes up too many calories that could be better spent on beer), we asked Rayna for a recommendation. She immediately suggested Cap'n Jack's Buried Treasure, with the ice cream cake made fresh on site. Suggestion: unless you're a big dessert eater, one order can easily satisfy two, and at just $5.95, it's a steal. There's also a decent Kids' menu with similar prices. Good beer, good food, filled bellies and a total tab of $42 isn't too bad these days.

Bottom line: Like The Terminator, I'll be back. The missus concurred.
And when that happens, it's like getting advice from The Oracle at Delphi.
Posted by Kurt Epps-The PubScout at 2:07 PM