FlyBoys on a Mission 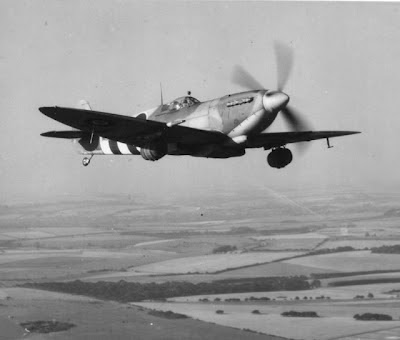 Look under the wings of this WW2 Spitfire. Are those some new kind of bombs? Well, no. But they could lay you out if you're not careful.
Much is often written about the beer-loving Germans, Czechs and Belgians. But when it comes to beer, Great Britain takes a back seat to no one. Herewith, a WW2 story, the likes of which I have not seen reported by either the Germans, the Czechs or the Belgians.
Hat tip to Brewer Tom Paffrath for the link!
Cheers!
The PubScout
Posted by Kurt Epps-The PubScout at 7:05 AM