A Step Back in Time 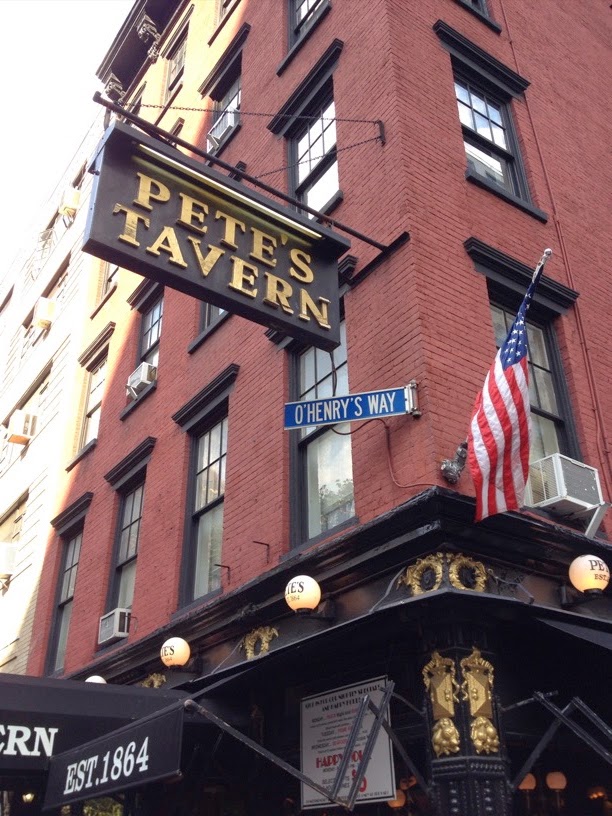 There is simply nothing like enjoying a good beer in an old pub--especially one with some serious history attached. On a whim, I journeyed to NYC to visit the historic Pete's Tavern, where a guy named William Sydney Porter--aka O. Henry--supposedly wrote a classic American short story titled "The Gift of the Magi."

Having read it and taught it, the distinction of knowing it may have been born in a pub was especially meaningful to me. Sadly, much of the younger generation has never heard of it, much less read it, if my unscientific poll is any indication. Clicking the link above can resolve that issue, however. If they can put their smartphones down long enough to read it. Or maybe read it on their smartphones, if their attention span is longer than that of a salamander. 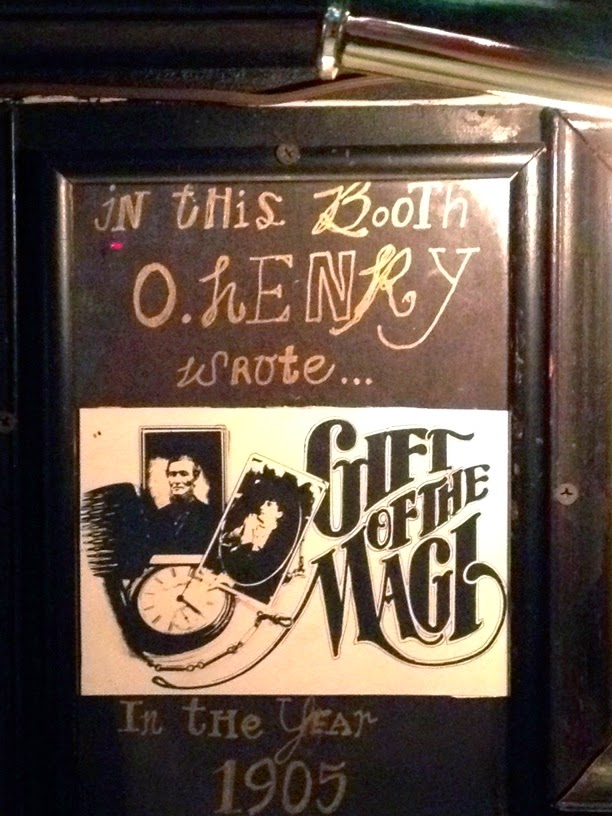 Pete's Tavern, situated on 18th Ave. and Irving Pl. in the city was exactly what I anticipated it to be in terms of its ambience. It matches Bruce Aidells' classic pub description perfectly:

You sit back in the darkness, nursing your beer, breathing in that ineffable aroma of the old-time saloon: dark wood, spilled beer, good cigars, and ancient whiskey - the sacred incense of the drinking man.

The Portman Hotel (1819) was the building in which the tavern now sits, and it was purchased in 1899 by Tom and John Healy, who were the likely proprietors when O. Henry did his thing. It also advertised George Ehret's Extra Beer at one time, and it was emblazoned with a somewhat mysterious six-pointed star. In the pic below, you can see the name Healy's. 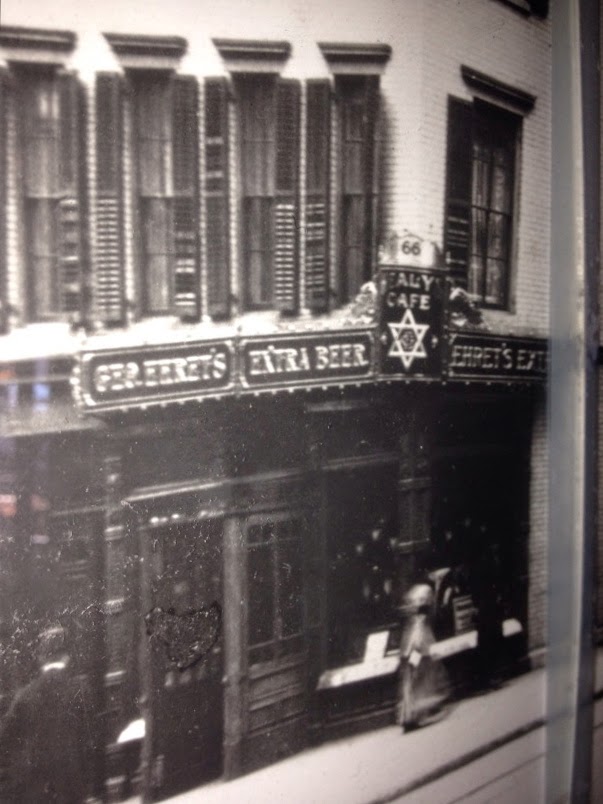 Though Pete's (1864) claims to be the oldest tavern in the city, other classic pubs challenge that assertion--namely McSorley's (1854). And The Bridge Cafe, near South St. Seaport with a birthdate of 1794, maintains that it was and has been a drinking joint since 1847, when the Hudson River actually came up to its very foundation. That was before a massive landfill construction project that altered the river's shoreline.

A New Yorker magazine article asserts that by the end of the late 19th century, some ten thousand taverns had popped up across New York City, leading to the valid conclusion that NYC has long had watering holes to slake the thirsts of many. 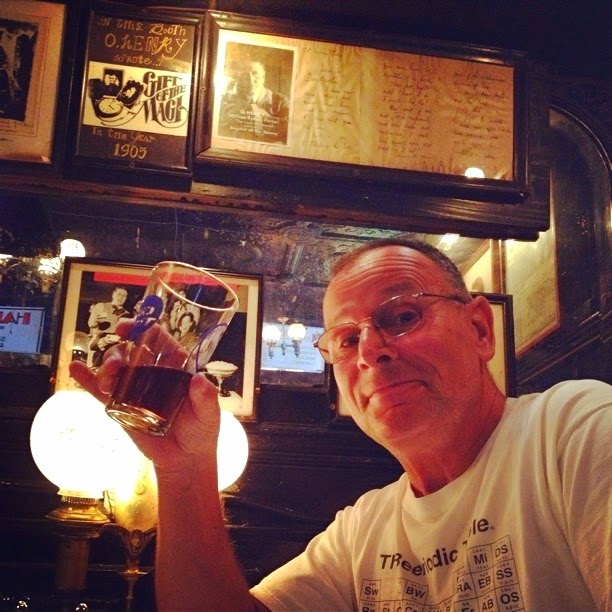 O. Henry was apparently one of them, and a plaque on a building just a half block down Irving St. (making trips to the tavern exceedingly convenient) cites the legend. The booth where he supposedly wrote the "Magi" story is prominently featured--and rarely unoccupied-- despite the fact that the legend may not be true.

According to Wikipedia, the saloon has appeared in various films and TV programs like Seinfeld, Endless Love and Sex in the City. 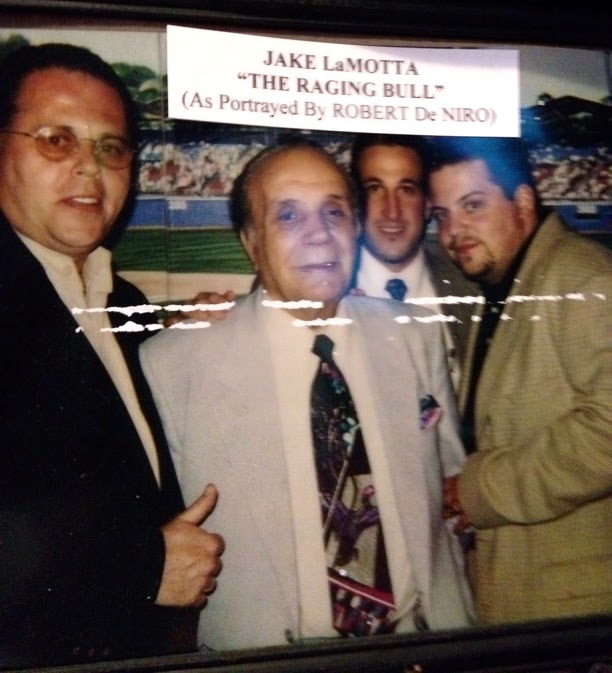 But Porter was certainly not the only celebrity to have graced Pete's confines, as some of the pictures here will show. The walls are covered with pictures of celebs posing with the owners, Gary Egan or Declan Farrell. They run the gamut from the Raging Bull, Jake LaMotta to Julia Stiles. There's even a picture of a staffer attending to Pope John Paul. You could easily spend a few days just reading the walls, especially upstairs where P.T. Barnum used to stable his circus animals.

Whether the O. Henry legend is valid or apocryphal, it was enough to cause The PubScout become immersed in it while enjoying a Pete's 1864 Ale.

Who, having read the classic, can forget its fragmented opening line: "One dollar and eighty-seven cents." 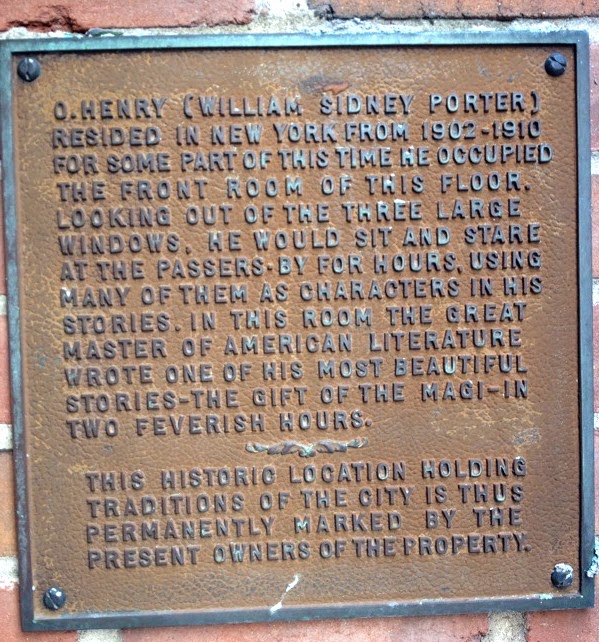 Or its poignant closing lines which reverberate even now in the memory:

I can't say for sure if Pope John Paul ever read The Gift of the Magi. Given his education level, he probably did.

But I can say with certainty that the Holy Father would definitely have approved. 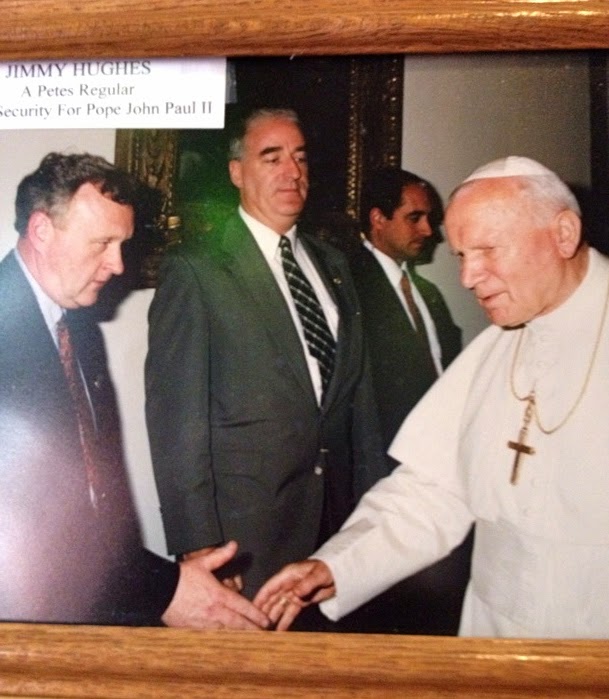