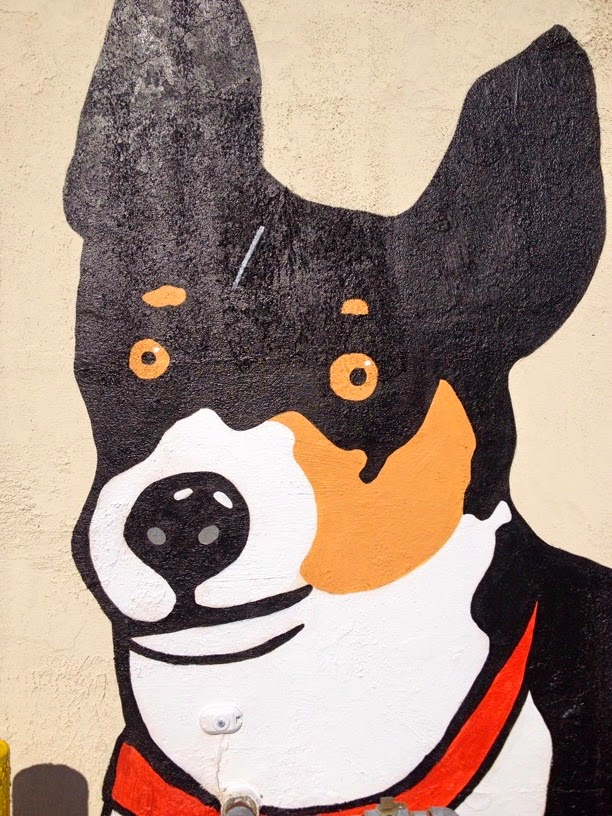 It was a Little Dog Day afternoon for me and a horde of others who piled into Gretchen Schmidhausler's new digs. Of course, with Gretchen being the consummate organized professional, the hordes were invited in segments, orderly upon entering and beaming when they left.

Much of that had to do with the divine Ms. S and the way she goes about her business. After all, this is the first NJ Brewmistress to garner a coveted GABF Gold Medal, so she clearly knows what she--and her beer--is about. And awards like that do not go to those who are sloppy, haphazard--or lucky.

After having put in twelve successful years at Basil T's (now Birravino) in Red Bank, and having come up through the brewing ranks for years before that, Gretchen decided it was time to do her own thing. And her own thing involves water, malt, hops and yeast. And what she calls a "Frankenstein Brewing System."

Frankenstein notwithstanding, her own thing has retained all the quality of the endeavors that preceded it, winning her plaudits from not only the beer cognoscenti, but from regular beer nuts like yours truly. Her little ten-barrel brewery on Steiner Av. in Neptune City had four beers available today, something for every palate.

Upon entering this invitation-only event on a bright, but chilly, Saturday afternoon, this palate was pleasantly washed by an outstanding Copper Ale (Clare's favorite, btw). If this is the standard, I thought, she's in for a very good run.

But it wasn't just the Copper Ale that impressed. A gingery Pumpkin ale and a chewy, coffe-ish porter also were available. Most surprising to The PubScout was his own affinity for her Spicy Apple Ale. Its cinnamon and nutmeg, balanced with the slightly tart apple cider contained therein, produced an effect that was at first unusual. Then very pleasant. And then it became compelling.

So much so that I took a grunt of it and the Copper home.

Little Dog will not go fully commercial till after the first of the year. So this is a good time to get down there and see the place, sample the beers and chat with Ms. S. while her clothes are still relatively dry. Brewers are fond of saying, "If you ain't wet, you ain't working."

Even after that, The Little Dog Brewing Company will likely not cause The Big Dog Brewers to have any sleepless nights, especially in terms of volume. But knowing Gretchen and her passion for her product, that Little Dog will be nipping at lots of legs as it finds its way on to MainStream Street.